IPL 2020: Suryakumar Yadav finally spills the beans on his clash with Virat Kohli

One of the most talked about moments of IPL 2020 was Suryakumar Yadav's tense showdown with RCB skipper Virat Kohli. Yadav scored a match-winning 79* in that game and powered Mumbai Indians to a 5-wicket win. 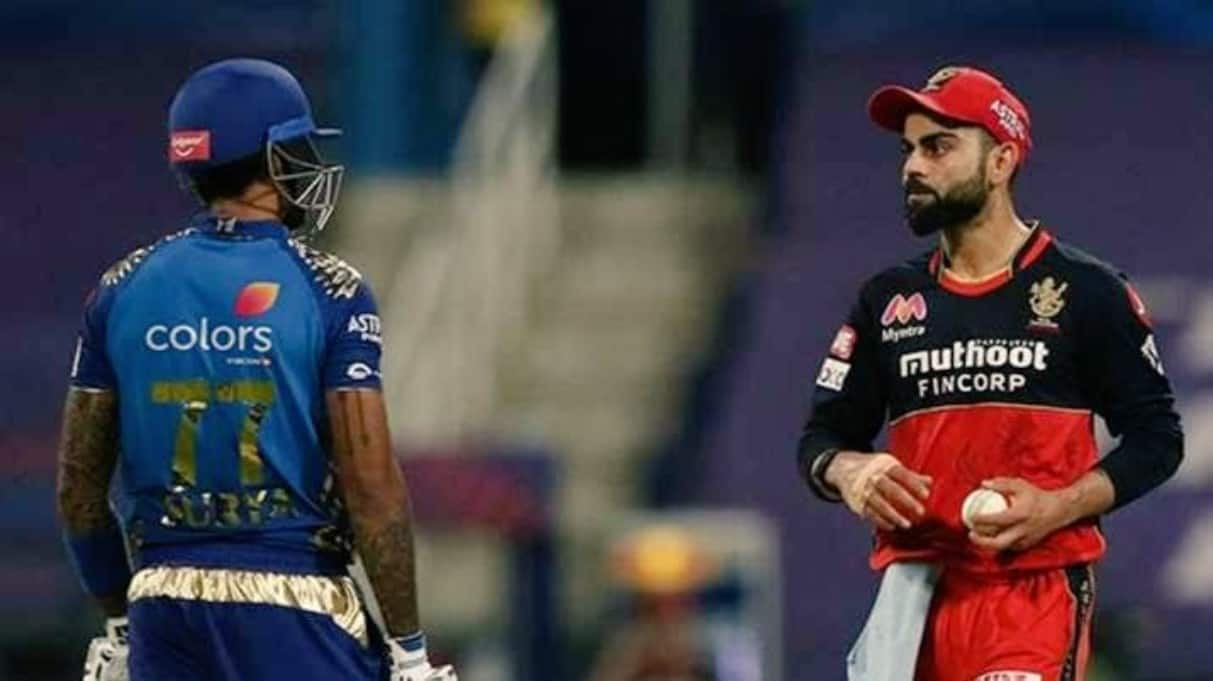 Suryakumar Yadav was one of the brightest sparks of IPL 2020, being a vital cog in the wheel for Mumbai Indians, helping them clinch a record-extending fifth IPL title.

One of the most remembered moments of the cricketing carnival of IPL 2020 was Suryakumar Yadav’s tense showdown with RCB skipper Virat Kohli during a league game. Yadav was in imperious touch with the bat that day and Kohli, while fielding, came close to him - engaging in a stare-off. Both players said nothing to each other but the incident caught the eye of the fans, making it viral on social media.

While talking to Sports Tak, Yadav finally revealed the details on his now infamous showdown with Kohli. He said that he had no animosity towards Kohli and that he was surprised that the small incident got so much coverage.

"It wasn't anything. It was just in the heat of that moment. I was also a bit surprised that it was highlighted so much," he said.

The 30-year-old Batsman also said that Kohli is energetic like that in every game but congratulated him after his match-winning knock. Yadav had scored a brilliant 79* (off 43 balls) in that game, taking Mumbai Indians to a 5-wicket victory.

"I have seen him this energetic in every game. It wasn't as if he was like this in the game against MI. Even when he plays for India or even in franchise cricket and against any team, he is aggressive and energy is always spot on. It was an important match for them (RCB) as well. After the match, he was back to normal. He told me well played," said the right-handed batsman.

Suryakumar Yadav scored 480 runs from 15 innings in IPL 2020 at an average of 40 and a strike-rate of 145. He was on song for Mumbai almost every game and was instrumental in several of their wins. Thus, it came as a big surprise when he was not selected for India’s tour of Australia with several former cricketers and fans vouching for his selection.