Ravindra Jadeja smashed 22 off 8 balls to help CSK beat KKR by 2 wickets in a thriller. 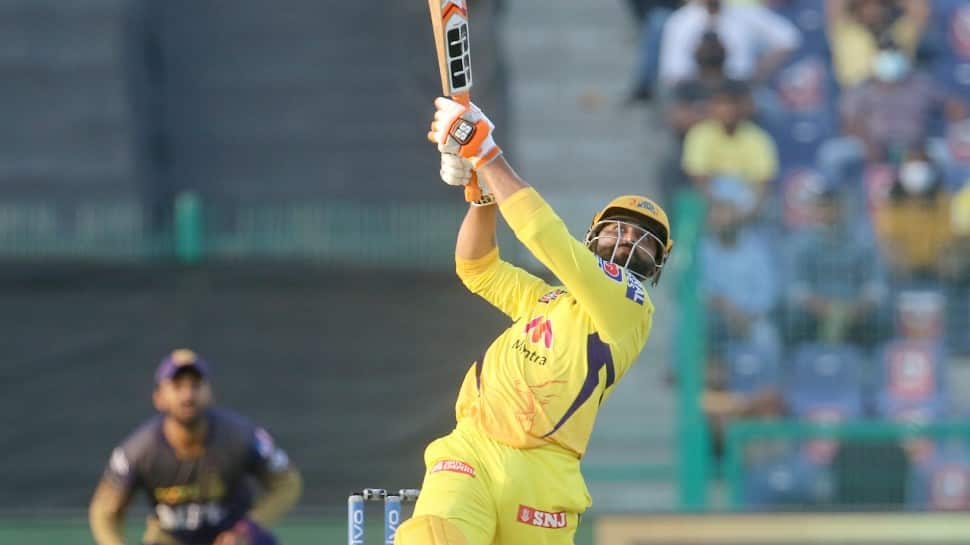 Fans were all praise for Ravindra Jadeja after CSK batter single-handedly took the game away from KKR in their IPL 2021 encounter at the Sheikh Zayed Stadium on Sunday (September 26).

The two-wicket win sees Chennai Super Kings (CSK) return to the top of the table. Needing 26 off the last two overs, CSK took two singles of the first two balls off Prasidh's over before Jadeja went berserk. He hit a six over the long leg, followed it with a straight six, then a square drive for a boundary and then one at third man. By the time the 19th over ended, CSK needed just 4 more runs to make it three consecutive wins.

While Narine did pick two wickets in the 20th over -- Sam Curran and Jadeja -- but it just wasn't enough at the end of the day as Jadeja had already done the damage in the previous over. In the end, he finished with 22 off 8 balls.

Taking to Twitter, fans and the cricket fraternity hailed Jadeja for his heroics. Here are some of the reactions:

What a game. Superb fixture. Jadeja's hit very crucial. Lord did the job with the ball first and then Sir after the openers fired.

Fantastic from Jadeja. What an asset for any team #csk

Jadeja should not be batting below 5 in the IPL. Too good a batsman, in the form of his life

Currently the best finisher in T20’s is Ravindra Jadeja #CSKvsKKR

Meanwhile, KKR skipper Eoin Morgan also praised Jadeja and during the post-match presentation, he said: "The whole tournament there has been an abundance of top-class international players. Some of the Indian uncapped players too have the promise to go on even play international cricket. But when Jadeja plays like that - similar to how Sam Curran plays in the England team - there's not much you can do."