IPL 2021: Have to get back and fight, get some wins, says MI captain Rohit Sharma after loss against KKR

With two consecutive defeats, Mumbai Indians have slipped to the sixth spot in the ongoing edition of the Indian Premier League (IPL). 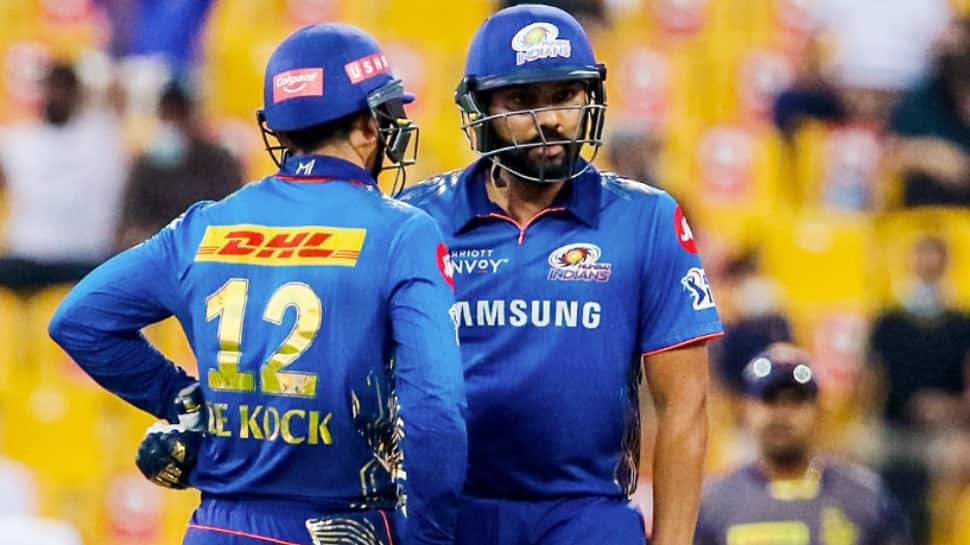 New Delhi: As the Mumbai Indians (MI) slipped to the sixth spot in the ongoing edition of the Indian Premier League (IPL), captain Rohit Sharma said that the team needs to get back and fight and get some wins. Speaking after the loss against Kolkata Knight Riders (KKR) on Thursday (September 23, 2021), Sharma said that they didn't get enough towards the back end.

"Few areas went wrong. We started really well but didn't get enough towards the back end. I thought it was a good pitch, we failed to capitalize on the start we got and we didn't bowl well at the start. I don't want to look into it too much, things can happen and you have to move on," the Mumbai Indians skipper said after two consecutive defeats.

He added that after getting a good start, his team kept losing wickets at regular intervals and that 'it is not easy' for new batters to go in and start hitting the ball.

"It is something that happened in the last game as well and we will address it. The points table is always there at the back of the mind on where you stand, we are still in the middle of the table, so we have to get back and fight and hopefully get some wins on the trot," Sharma said.

During the game, the Eoin Morgan-led KKR chased down 156 in 15.1 overs with seven wickets in hand after Venkatesh Iyer (53 off 30) and Rahul Tripathi (74 not out off 42) dazzled with the bat.

For MI, Rohit and Quinton de Kock stitched a 78-run partnership, but the other batters failed to capitalise on it.