CSK captain Mahendra Singh Dhoni found the pitch two-paced but was happy that his team could make a match out of it against Rishabh Pant's Delhi Capitals. 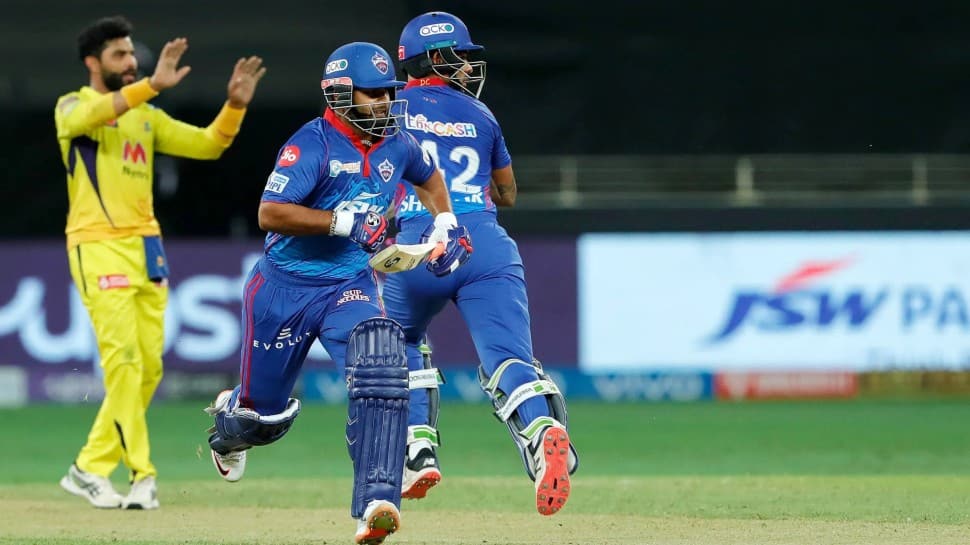 Delhi Capitals skipper Rishabh Pant on Monday (October 4) said the three-wicket victory over Chennai Super Kings was an ‘absolutely big win’ as they looked to secure a top-two finish heading into the play-offs of the Indian Premier League (IPL) 2021. Chasing a modest target of 137, DC prevailed over CSK with two balls to spare after a strong start on a day their captain Pant turned 24.

“Not a bad birthday present, but in the end we made it tough for us. In the end if we win everything is fine,” Pant said at the post-match presentation ceremony.

Prithvi Shaw smashed a few boundaries before Shikhar Dhawan took over. However, DC needed Shimron Hetmyer (28 not out) to see the team through in what turned out to be close, low-scoring game. “Prithvi got us to a decent start... We were always in the chase since it was a low total. Shikhar started well... Absolutely big win, and want to be absolutely sure we finish in the top two.”

Asked about promoting Ravichandran Ashwin at No. 6, Pant said that was done to “just keep the left-right combination.”

CSK captain Mahendra Singh Dhoni found the pitch two-paced but was happy that his team could make a match out of it. “We were looking to get close to 150. After we lost a few wickets – and around the 15-16 over wicket – we were looking good. There were shots played... And if it had come down to eight or ten deliveries, it could have made a difference. It's a two-paced wicket - some balls come to you and some don’t,” Dhoni said.

“It’s not a placid wicket where you can play your shots. I felt the taller bowlers where the ones who were getting that movement. It was a very good effort (by the bowlers). But it was important not to give away too many in the first six overs.”

For his excellent bowling figures of 2/18, Axar Patel was named Man of the Match. “It is difficult to assess the length and line, and the pace of the ball (on such pitches). I thought they scored five or ten runs less in the powerplay,” Patel said.

Asked about his stay in the middle alongside Hetmyer, Patel said, “Hetmyer and I were discussing that they would bowl wide yorkers according to their field. Batting is your confidence booster, especially since we will be going to the playoffs. This confidence then helps you later.”

Topping off his birthday with a win! #VIVOIPL | #DCvCSK pic.twitter.com/KNGR5Bu1ot

Hetmyer, who remained not out on a vital 28 off 18 balls, said he is paid to finish off games. “Very important for me to finish games. I tell the guys that is what I am paid for and I try to finish as many games as possible,” he said.

He got a life on 12 and asked about it, the Guyanese said, “I thought I was out, and the guy missed it and I was thankful. It was just about getting bat on ball. The 19th over was the one where I thought I’d try and get a six and bring it down as much as possible.

“I had enough practice against Bravo in the CPL. I knew he would go wide with the field he had and I just looked to go straight down the ground against him. It paid off twice.”

Hetmyer picked up 10 runs off the 19th over bowled by Josh Hazlewood, after hitting veteran all-rounder Dwayne Bravo for 12 runs in the 18th over.