The two Team India teammates got engaged in a fun banter during the toss. 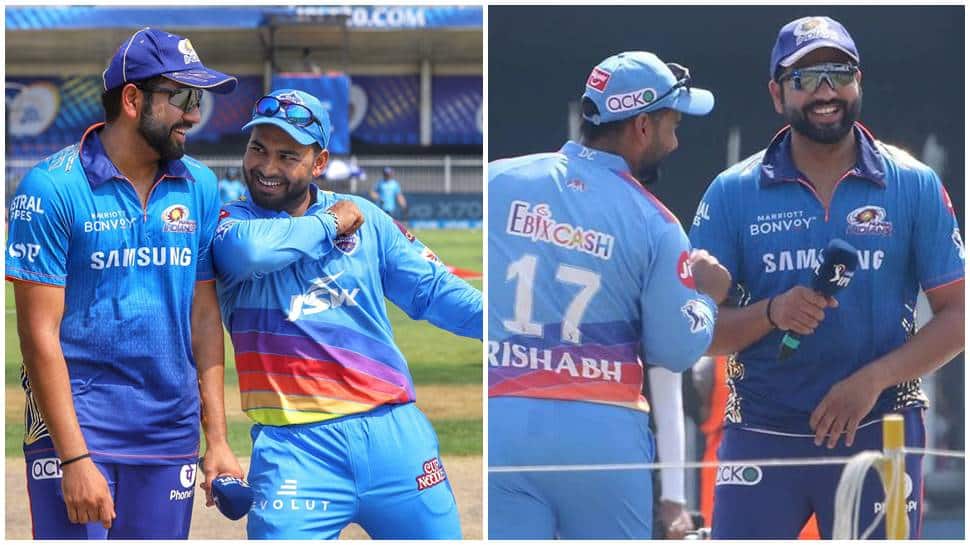 Rishabh Pant and Rohit Sharma have often been seen pulling each other's legs be it on social media or on the pitch. Ahead of the Indian Premier League clash between Delhi Capitals and Mumbai Indians a similar scene was witnessed, when the two Team India teammates got engaged in a fun banter during the toss.

Pant after announcing his decision to bowl first teased Rohit, after which the latter was left in splits. Former cricketer Murali Kartik, who was present in the middle, told Rohit "I like the banter between you two."

This is not the first time fans saw the two cricketers pulling each other's legs. Rohit's reaction after Pant pleaded Ajinkya Rahane for a DRS appeal during the India-Australia series had left the fans in delight. In another incident, Rohit had roasted Pant when he was informed by Jasprit Bumrah that the wicketkeeper-batter wants a six-hitting competition between the two.

Hitman has hit that out of the park, again!

If there was a six-hitting competition between Pant and Ro, who would win it?#OneFamily @ImRo45 @Jaspritbumrah93 pic.twitter.com/fHO260fjb8

In the clash on Saturday, Delhi restricted Mumbai for a paltry 129/8 in 20 overs, with skipper Rohit adding just 7 off 10 deliveries.