De Grandhomme has featured in 6 Tests, 9 ODIs and 8 T20 Internationals for the Black Caps so far. 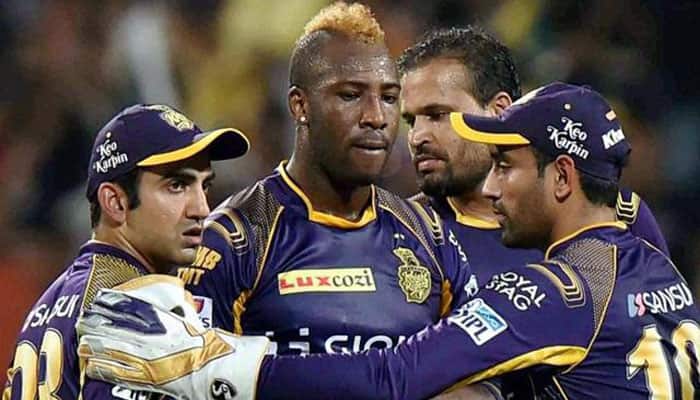 Russell has been banned for one year following violation of whereabouts clause pertaining anti-doping rules.

De Grandhomme has featured in 6 Tests, 9 ODIs and 8 T20 Internationals for the Black Caps so far.

In the eight Twenty20 internationals played, he has scored 75 runs with a highest of 41 not out. As far as his bowling is concerned, he has taken three wickets in four innings with a best of 2 for 22.

De Grandhomme made his Test debut for New Zealand in late 2016 and marked the occasion with a six-wicket haul.

“There are two ways to look at such situations in life. Either we can see Russell’s absence as a challenge or look at it as an opportunity in bold letters. I as an individual, and KKR as a group, are looking it as an opportunity,” KKR skipper Gautam Gambhir had earlier said reflecting Russell's absence.

Kolkata Knight Riders will meet Gujarat Lions in their opening game on April 7 at Rajkot.