Despite the presence of SRH's lucky charm Kaviya Maran, the team lost so badly, and, with this crushing defeat, its chances of qualifying for the next stages were also completely shattered. 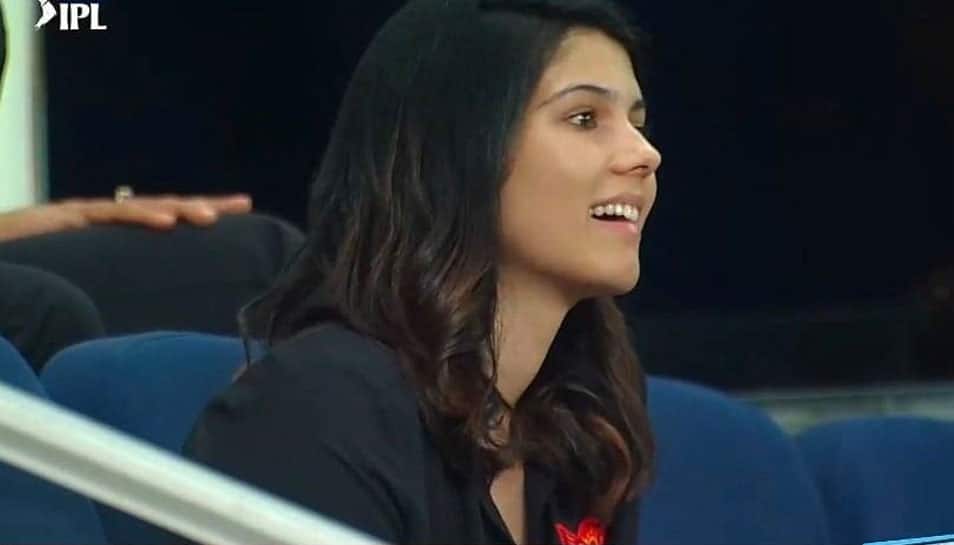 DUBAI: SunRisers Hyderabad CEO Kavya Maran has once again been targeted by fans who were heartbroken after Rishabh Pant-led Delhi Capitals crushed SRH by eight wickets to go on top of the points table on Wednesday.

As always, Kaviya Maran was present during the 33rd match of IPL that took place between DC and SRK to cheer up her side, which won the toss and elected to bat first on a sluggish two-paced pitch.

Kaviya is an ardent supporter of her team and has made many heads turn up with her presence during the IPL encounters both in India and abroad. For the unversed, Kaviya Maran is the daughter of SRH owner Kalanithi Maran. The 29-year-old is a co-owner of the franchise and is involved with Sun Music and FM channels owned by Sun TV.

However, despite the presence of SRH's lucky charm, the team lost badly, and, with this crushing defeat, its chances of qualifying for the next stages were also completely shattered.

For Delhi Capitals, South African bowlers Anrich Nortje and Kagiso Rabada helped set up an eight-wicket win for their side on Wednesday in the IPL match that went ahead despite a SunRisers Hyderabad player testing positive for coronavirus.

Whereas Hyderabad, who are missing England star Jonny Bairstow, lost regular wickets after Australia's David Warner fell to Nortje without scoring on the third ball of the match.

With this win, Delhi, who are still searching for their first IPL title, moved back to the top of the eight-team table. Hyderabad stay at the bottom with seven losses from eight matches.

Anrich Nortje (2-12), Kagiso Rabada (3-37), and Axar Patel (2-21) bamboozled the opposition with their pace, accuracy and length. Later, Shreyas Iyer and Shikhar Dhawan played innings of 47 and 42 respectively to take Delhi Capitals home with a victory.

Upset with SRH’s defeat, disappointed fans once again put the blame on Kaviya Maran who herself looked dejected over her side’s continuous failures.

Here are some of those funny reactions of SRH fans

I think Everyone will watch SRH match only for this Kavya Maran#SRHvsDC pic.twitter.com/51c9xqlTNh