The second-wicket stand of 69 set a solid platform for the visitors. Narine flayed the RR bowling as the bowlers offered rubbish lines and lengths allowing him to free his arms. 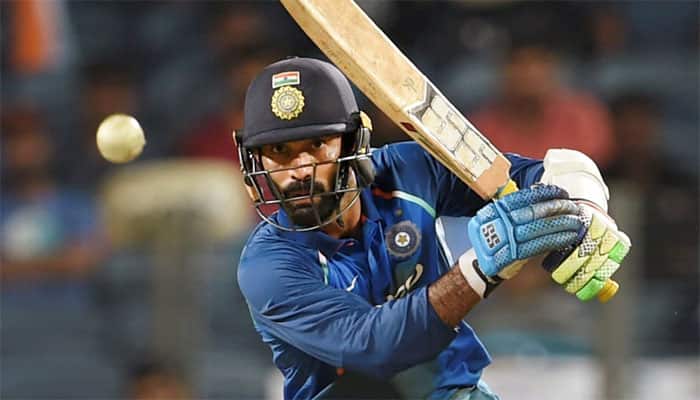 New Delhi: Sunil Narine might have sprayed the ball around and got whipped for 48 in his four overs, he certainly made it up in batting. His 35 off 25 at the top ensured KKR were off to a strong start in the chase of RR's 160. Alongside, Robin Uthappa too scored 48 to ensure his side stayed on track.

The second-wicket stand of 69 set a solid platform for the visitors. Narine flayed the RR bowling as the bowlers offered rubbish lines and lengths allowing him to free his arms. On the other hand, Uthappa was at his sublime best and picked his spot really well. He displayed proper cricket strokes, playing the ball late.

The stand also proved crucial as it forced the RR bowlers to experiment and veer off their lines. In the process, KKR had a good time in the middle as they were cruising towards the target.

Even though Narine ran himself out, Uthappa developed another 32-run stand with Nitish Rana to give KKR the upper hand. When he departed on 48, KKR needed 59 in just 47 balls. And then the third stand emerged between Karthik (42 off 23) and Rana (35 off 27) of 61 to beat RR at their fortress. Rana displayed skill and wise thinking to rotate strike while Karthik not only looked for premium shots but also ran hard for his runs. With a six to finish off, Karthik took his side home by 7 wickets.

Where RR failed to capitalise on partnerships, KKR rode on them to clinch their third wicket.

D'Arcy Short's weakness against spin pushes RR on the back foot