Few people could have predicted that Carlos Brathwaite would produce such spectacular innings as the West Indies came within a foot of stunning New Zealand. 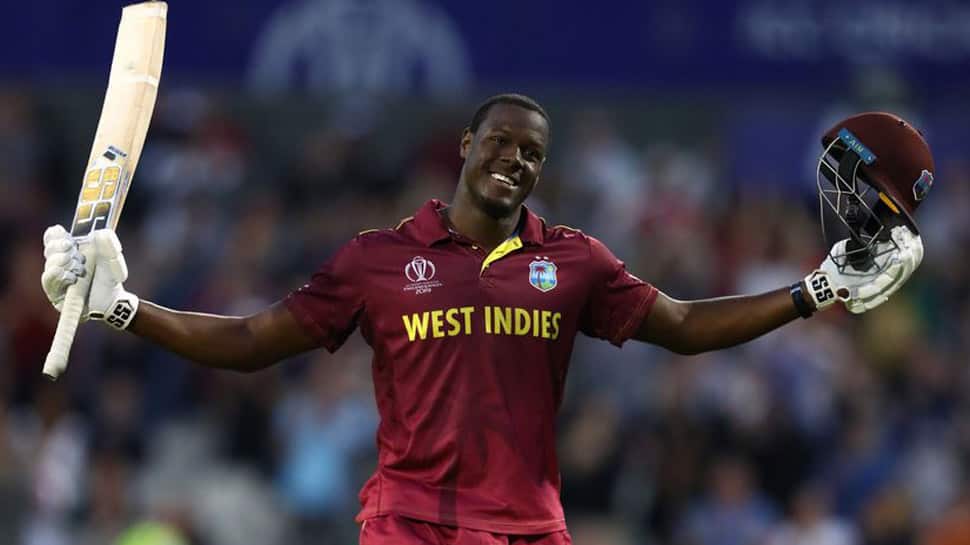 Few people could have predicted that Carlos Brathwaite would produce such spectacular innings as the West Indies came within a foot of stunning New Zealand.

But skipper Jason Holder was not the least bit surprised at the way his all-rounder smashed a sensational century in a heartbreaking five-run ICC Men’s Cricket World Cup defeat at Old Trafford.

Left to bat with the tail, and with the Windies’ hopes hanging by a thread, Brathwaite produced a knock of blistering brutality on his way to 101, but with one more hit required, he could not quite clear the long-on boundary off the bowling of Jimmy Neesham, with Trent Boult snaffling the ball just inside the rope.

This knock outshone even the quartet of sixes that Brathwaite hit to clinch the ICC Men’s T20 World Cup 2016, with Holder paying tribute to his teammate.

He said: “His work ethic is really good. He's not one to shy away from his responsibilities. And he puts in a really good effort into his preparation.

“That's one thing that I credit him for. The knock that he played is not surprising to me.

“We let ourselves down in the middle, no doubt. We were always up with the run rate. It wasn't a case where we needed to keep going, per se. We just needed to keep our wickets intact. Set it up in there, a really good foundation. And we weren't able to do that in the middle overs.

“But we fought back well. And Carlos and the other guys at the lower half really gave us a chance. But as I said, you can look back and pinpoint one or two areas when you lose a great game. Having said that, I still think we played a really good game.”

This defeat leaves the West Indies needing to win out and hopes for other results to go their way if they are to have any chance of making the semi-finals.

Despite that, Holder felt there were a lot of positives to take from a thrilling encounter, arguably the best of the tournament so far, as the Windies almost chased down 292 on a slow wicket.

He added: “We fought right to the very end. We came right back into the game when pretty much everyone thought the game was over.

“And credit to the lower half. The guys really put it in their hands today and took responsibility. Top-notch by Carlos. He was outstanding. He gave us a chance, gave us hope. Just unfortunate at the very end that we weren't able to get a win.

“It’s just a little disappointing, obviously, not being able to cross the line, after coming so close. But I'm proud of the guys.

“I guess everybody could sit here and agree that we'd love to see that a little bit more often. But that's the general feeling within the entire group. I think as a team we just need to be a lot more consistent.”