Babar Azam`s century helped Pakistan reach a respectable 340-7 in their 50 overs, yet once again a decent total proved inadequate for the tourists as England wrapped up victory after a tense finale with three balls to spare. 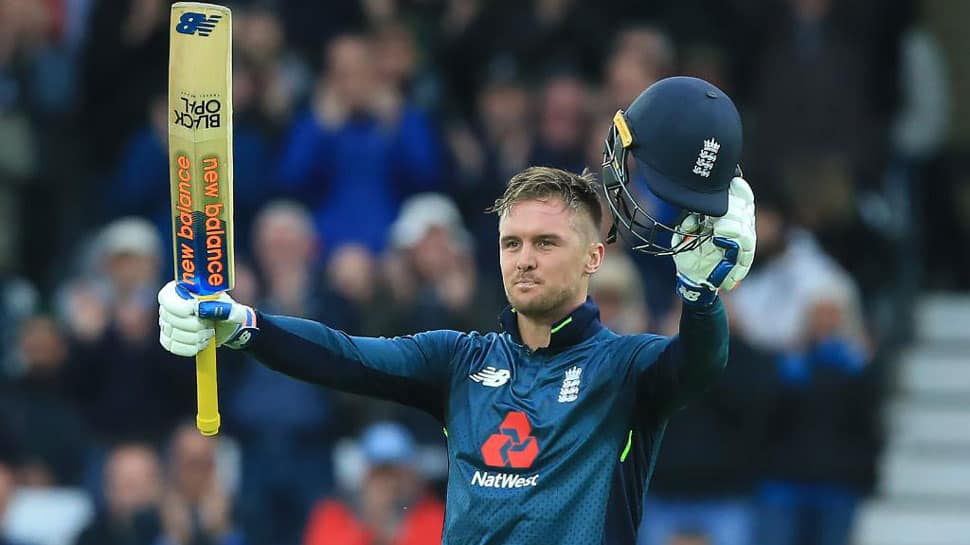 England`s Jason Roy hit a superb century and Ben Stokes carried them home as they beat Pakistan by three wickets at Trent Bridge on Friday, surviving a middle-order wobble to take an unassailable 3-0 lead in the series.

Babar Azam`s century helped Pakistan reach a respectable 340-7 in their 50 overs, yet once again a decent total proved inadequate for the tourists as England wrapped up victory after a tense finale with three balls to spare.

Having hunted down a 359-run target with ease in Bristol in the third ODI, England steadily chipped away at Pakistan`s total with Roy leading the charge, bringing up his eighth ODI century in 75 balls.

At that point, the hosts looked set for another routine win on a ground where they had twice scored more than 400 in the last three years.

Yet when Roy departed for 114 with England on 201-2 their momentum ground to a halt as they lost three further wickets for another 15 runs with Jos Buttler and Moeen Ali departing for ducks.

All-rounder Stokes rode to the rescue, however, smacking 71 not out off 64 balls, assisted by 31 from Tom Curran, who had earlier claimed 4-75 with the ball.

"Tonight will do the dressing room a lot of confidence, knowing that when we lose a few quick wickets we are still able to come through," said Stokes.

It was a changed lineup for England who were without captain Eoin Morgan after he was banned for a slow over-rate in the last ODI.

Jonny Bairstow, who smashed 128 in Bristol, was also rested at the top of the order with James Vince coming in.

Yet it was a familiar tale of woe for Pakistan who had Babar Azam`s steady 115 off 112 balls to thank for leading them to a defendable total that was picked off by an England side who have not lost a run chase on home soil in this format since 2015 (18 wins, one draw).

England, who will head into the World Cup as favourites on home soil later this month, lead 3-0 heading into the fifth and final ODI in Leeds on Sunday.