Williamson ensured a steady chase despite the cheap dismissal of seasoned campaigner Ross Taylor, getting the side across the line with three balls to spare. 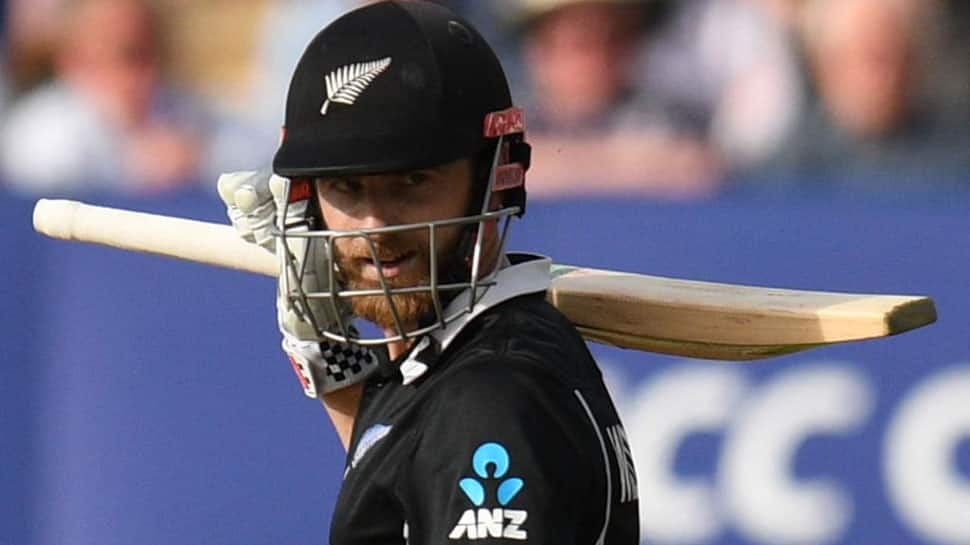 New Zealand skipper Kane Williamson made his presence felt yet again scoring an unbeaten century in match 25 of the ICC World Cup 2019 against South Africa in Edgbaston, Birmingham on Wednesday. The Kiwis emerged victorious by a margin of four wickets against the Proteas in a tense clash which helped them remain unbeaten in the tournament.

New Zealand skipper Kane Williamson won the toss and chose to field. South Africa posted a total of 241 runs for the loss of six wickets in 49 overs with Rassie Van der Dussen (67) and Hashim Amla (55) the top two run-scorers.

Pace-bowler Lockie Ferguson was the pick of the bowlers in the New Zealand bowling attack with three wickets. Trent Boult, Colin de Grandhomme and Mitchell Santner further chipped in with a wicket apiece.

The Kiwis lost opener Colin Munro for 9 in the third over of the chase. Williamson made his presence felt at this stage stitching important partnerships with Martin Guptill and Colin de Grandhomme. The batsman further ensured a steady chase despite the cheap dismissal of seasoned campaigner Ross Taylor, getting the side across the line with three balls to spare.

Kane Williamson has scored 5780 runs in 143 one-day internationals so far for New Zealand.