"The opportunity to play England in England and in particular at Lord's is not only historic, but a great tribute to Irish cricket and its journey," Ireland Cricket quoted head coach John Bracewell as saying. 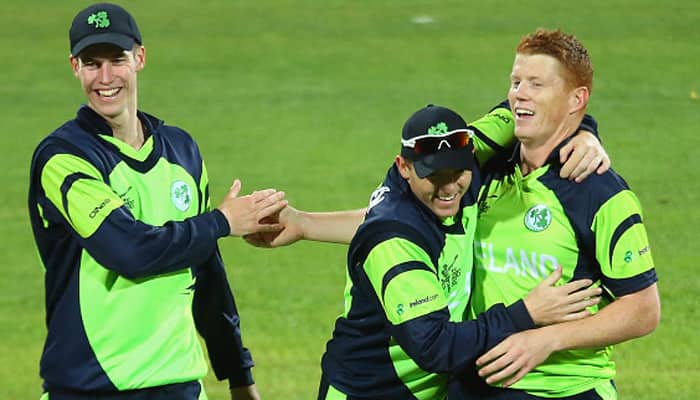 London: In a major boost to Ireland, Kevin O'Brien and Paul Stirling have been declared fit for next month's two-match ODI series against England.

Meanwhile, pace bowler Boyd Rankin has been ruled out of the 14-man squad for the "historic" games on May 5 and 7 to be played at Bristol and Lord's.

O'Brien, who scored the fastest century in World Cup history against England in 2011, has recovered from a hamstring injury that saw him miss three of the five ODI's against Afghanistan last month.

On the other hand, Stirling was declared fit following a finger injury sustained during the ICC InterContinental Cup game against Afghanistan at the end of the same tour.

"The opportunity to play England in England and in particular at Lord's is not only historic, but a great tribute to Irish cricket and its journey," Ireland Cricket quoted head coach John Bracewell as saying.

"The 14 selected give us the best balance available to take on England in early May. The conditions will be as different as they could be from those we experienced against Afghanistan in India - as will the composition of the two bowling attacks, with pace being key."

"It'll be another great challenge for our players, but one everyone associated with Irish cricket can't wait for," added Bracewell.

The series marks Ireland's first one-day internationals on English soil and begins a busy month for them who would then take part in a tri-series involving Bangladesh and New Zealand in Dublin.

"There's no doubt that the games against England will be tough but we've got some hard cricket under our belts this past few months and that will stand us in good stead for the challenges that await," said William Porterfield, who will lead Ireland in England.

Porterfield admitted the experience of leading an Irish side out at Lord's will "be a bit special" and says that it'll be a marvellous place to showcase the very best of Irish cricket.

"It'll be a great honour and a special day for all in Irish cricket. I smile when I think that both myself and Eoin (Morgan) played for Ireland Under 13's together and here we will be captaining both sides in a one-day international at Lord's."

"We're all determined to do well, and while we'll certainly respect England, there's absolutely no fear factor there," he added.