There were no centuries on show even though Usman Khawaja was extremely close to the milestone being the top-scorer of the day with 88 runs. 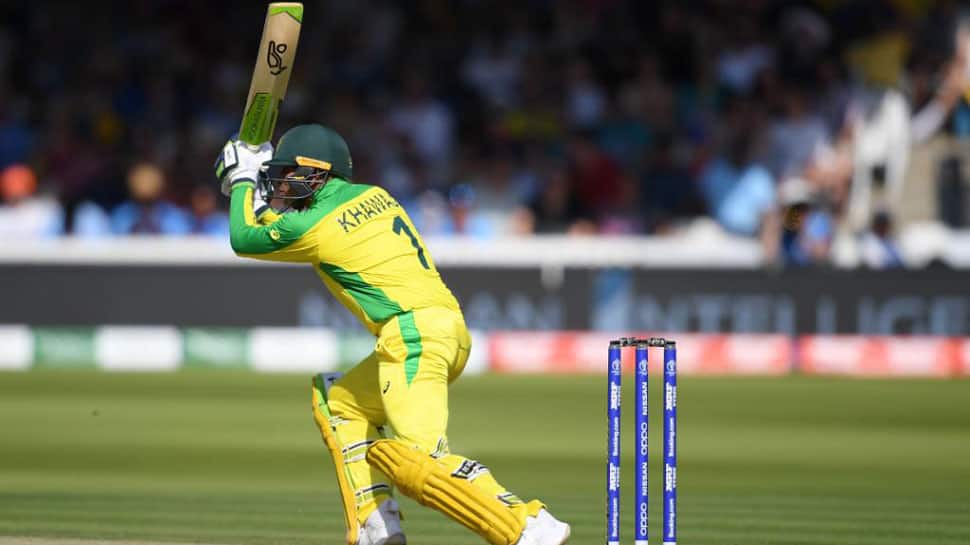 Australia emerged victorious by a margin of 86 runs against New Zealand in match 37 of the ICC Cricket World Cup 2019 at Lord's London on Saturday. The Aussies posted a total of 243 runs for the loss of nine wickets in 50 overs as Trent Boult picked a hat-trick eventually finishing with four wickets.

Usman Khawaja was the highest run-scorer for the outfit with 88 runs off 129 deliveries in an innings comprising of five boundaries. New Zealand were in turn bundled out for 157 as Mitchell Starc completed his second five-wicket haul in the tournament with further support from Jason Behendroff who picked two wickets.

There were no centuries on show even though Usman Khawaja was extremely close to the milestone being the top-scorer of the day with 88 runs. This was the case even in the previous fixture of the day between Pakistan and Afghanistan where the former emerged victorious by a margin of three wickets, with Imad Wasim the top-scorer at 49.

A total of 19 centuries have been scored in the Cricket World Cup 2019 so far.

The third century of the World Cup 2019 was hit by Indian opener Rohit Sharma against South Africa at Hampshire Bowl, Southampton. Riding on Rohit's unbeaten 122, India defeated the Proteas by six wickets in their opening match of the World Cup.

Here is a list of centuries scored in Cricket World Cup 2019 till New Zealand vs Australia match on June 29 (Saturday):

Australian opener and captain Aaron Finch scored the ninth century of the World Cup 2019 in the match against Sri Lanka at The Oval. Finch hit a stroke-filled 153 off 132 balls to help his side register an 87-run win over Sri Lanka.

New Zealand skipper Kane Williamson scored the sixteenth century of Cricket World Cup 2019 in the match against West Indies at Old Trafford Cricket Ground, Manchester. Williamson led from the front and went on to hit 148 runs off 154 balls, which helped the Kiwis win the match by five runs. Carlos Brathwaite scored the seventeenth century of World Cup 2019 in the same match but West Indies lost the match despite Brathwaite's century. Pakistan middle-order batsman Babar Azam batted superbly to score 101 runs off 127 balls against New Zealand to register the eighteenth century of ongoing World Cup.

David Warner, Aaron Finch, Shakib Al Hasan, Joe Root, Kane Williamson and Rohit Sharma have scored two centuries each, while Bazar Azam, Mushfiqur Rahim, Eoin Morgan, Jason Roy, Jos Buttler, Carlos Brathwaite and Shikhar Dhawan have scored one ton each. It is to be noted that Dhawan has been ruled out of the World Cup with a thumb injury. A total of 38 centuries were scored in the 2015 World Cup held in Australia and New Zealand.