Mohammed Shami seemed likely to become the sixth bowler to pick a five-wicket haul in the ICC Cricket World Cup, after Jason Behendroff but finished with four wickets in an excellent spell. 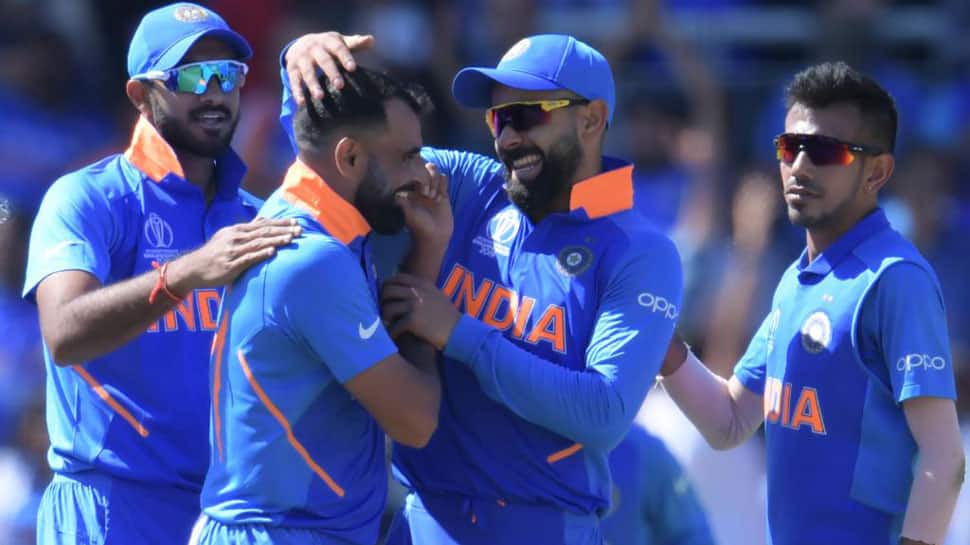 India registered a convincing 125-run win over West Indies in the 34th match of ICC Men's Cricket World Cup 2019 at Old Trafford, Manchester, on Thursday to move a step closer to book a place in the top four of the showpiece event.

Indian pacer Mohammed Shami was the star of the match as he picked four wickets. Shami claimed the wickets of Chris Gayle, Shai Hope, Shimron Hetmyer and Oshane Thomas to help India bundle out West Indies for 143 runs in 34.2 overs.

A total of five bowlers have managed to claim a five-wicket haul in the tournament so far.

The second bowler to claim five wickets in a match in Cricket World Cup 2019 was James Neesham of New Zealand. Left-arm Pakistani bowler Mohammad Amir was the third player to dismiss five batsmen in an innings in the ongoing World Cup against Australia.