Australia were made to follow-on by the visitors during the fourth Test in Sydney, making it the first instance in 31 years. 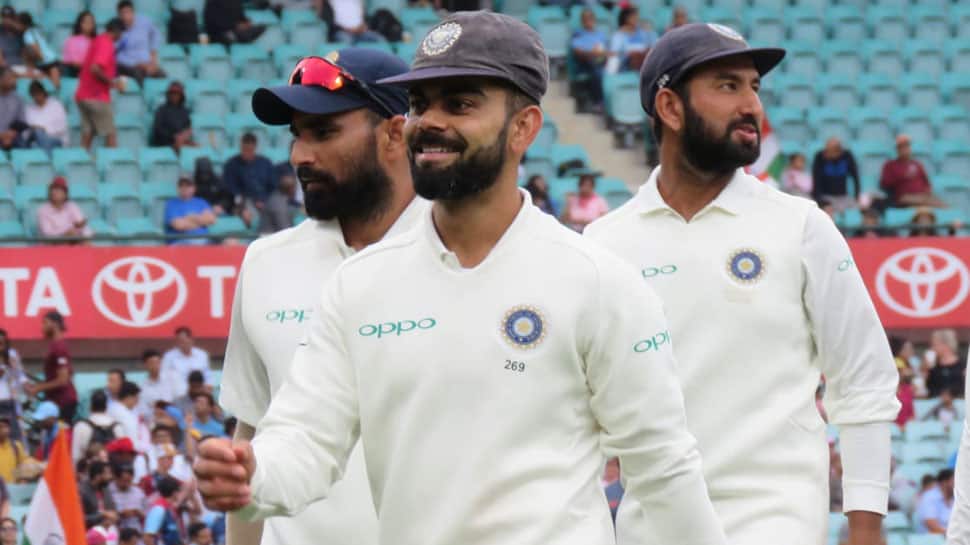 India recorded a historic 2-1 Test series win against hosts Australia following the declaration of a draw on the fifth day of the rain-hit fourth Test at the Sydney Cricket Ground (SCG) on Monday.

The visitors recorded a 31-run win in the opening Test at Adelaide Oval before allowing the hosts to level the series with a 146-run win.

India then bounced back and recorded a crucial 137-run win in Melbourne following brilliant performances by Cheteshwar Pujara and Jasprit Bumrah. The visitors further ensured the perfect end to a thrilling series, with excellent batting performances from Pujara (193), Rishabh Pant (159), Mayank Agarwal (77) and Ravindra Jadeja (81) in the final rain-curtailed clash.

The series, which saw India record their first-ever Test series win, turned out to be all the more memorable following the records that were broken. These are as follows:

India record their first Test win in Australia in 10 years

India led by Virat Kohli clinched their first win in a Test clash Down Under after 10 years, having last emerged victorious under the leadership of Anil Kumble at Perth in 2008. The visitors recorded a 31-run win in the opening Test in Adelaide to achieve this unique distinction. Not only this, it also marked the first ever instance of India clinching the opening Test of a series in Australia. The victory also resulted in India emerging as the first team to register Test wins in South Africa, England and Australia in the same calendar year.

Australia were made to follow-on by the visitors during the fourth Test in Sydney, making it the first instance in 31 years.

England were the last side to do so back in 1988, with the hosts recording 172 consecutive home Tests without being asked to follow on before this clash. It also marked the first instance since the 1986 New Year's Test in Sydney where Australia were asked to follow on by India.

Rishabh Pant scripted history during the fourth and final Test between India and Australia at the Sydney Cricket Ground when he became the first Indian as well as wicket-keeper to score a century Down Under.

Not only this, the 21-year-old also became the second wicket-keeper from the visiting nation to score centuries in both England and Australia. West Indian cricketer Jeffery Dujon was the first player to score tons in both Manchester and Perth back in 1984.

Skipper Virat Kohli equalled former captain Sourav Ganguly's record for registering the highest away Test wins as an Indian captain during the Boxing Day Test against Australia in Melbourne.

Kohli emerged victorious in his 11th Test as a captain during the clash, where India won by a margin of 137 runs. The 30-year-old has accumulated the tally in 24 away Tests in comparison to Ganguly who took 28 Tests.

Indian skipper Virat Kohli broke former captain Rahul Dravid's historic record of accumulating the most runs scored by an Indian in a calendar year overseas, following an excellent 82 on day two of the third Test against Australia at the Melbourne Cricket Ground (MCG).

Kohli achieved a run tally of 1,138 runs, surpassing Dravid who has scored 1,137 runs in Tests away from home.

Indian fast-bowler Jasprit Bumrah became the country's first pace-bowler to pick nine wickets in a Test match in Australia, on the final day of the 'Boxing Day Test'.

Bumrah picked nine wickets while conceding just 86 runs at the MCG, registering a dominant performance against the hosts, despite enjoying comparatively limited experience in the longer format of the game. The bowler also recorded the best figures by an Indian pacer during a Test Down Under, in the same clash.