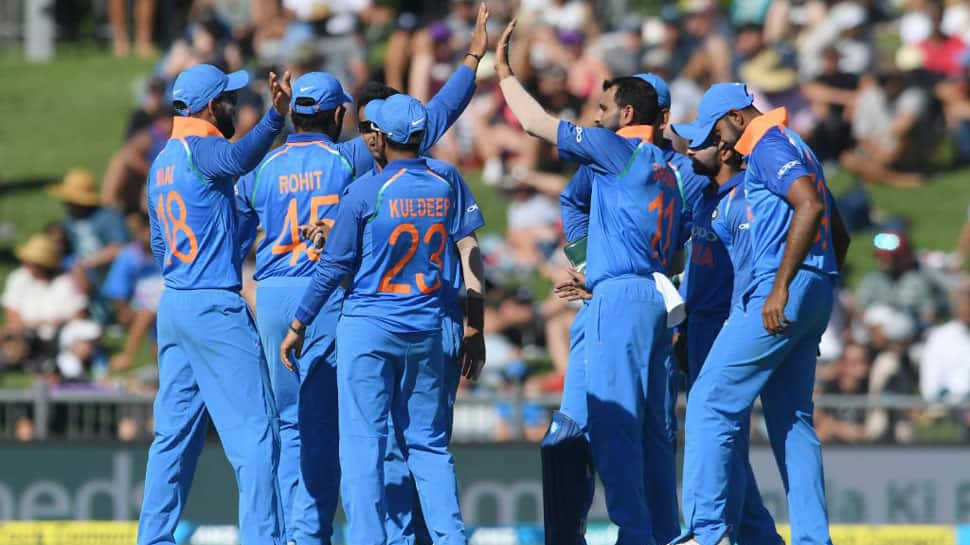 The Indian team recorded victory by a margin of eight wickets in the opening clash of the five-match series against New Zealand in Napier, after being handed a paltry target of 156 to chase.

The hosts failed to make much use of their decision to bat first after winning the toss, with skipper Kane Williamson emerging as the top-scorer scoring 64 runs off 81 deliveries. The Kiwis were dismissed for 157, resulting in a target of 158 for India.

In response, opener Shikhar Dhawan ensured a quality start for India with the visitors comfortably placed at 44 for one, before the players opted to walk off the field due to lack of vision as a result of the setting sun.

The interruption caused over half-an-hour resulted in the target being revised to 156 runs in 49 overs, as India emerged victorious without much ado following quality performances from Dhawan, who top scored with 75 and a 59 ball 45 by skipper Virat Kohli.

At the same time, there were several records which were shattered over the course of the clash. Here's a look at some of them:

2) Kane Williamson registered his sixth consecutive half-century in ODI clashes at home against India, registering his 36th fifty in ODIs and seventh against India.

3) Indian opener Shikhar Dhawan became the second fastest Indian to reached the landmark of 5,000 One-Day International (ODI) runs, after being 10 runs short while heading into his 118th clash. Dhawan now trails skipper Virat Kohli, who registered the tally in 114 matches.

4) Skipper Virat Kohli surpassed West Indies legend Brian Lara to emerge as the tenth highest run scorer in ODI cricket, during the course of his 59 ball 45, having trailed the legend by 20 runs before the clash.