"There is a theory in our camp that Dhoni's way of playing has always been the same. Even if India can't win the game, he takes it right to the end to try to make sure that India's run-rate stays relatively healthy," Stokes said. 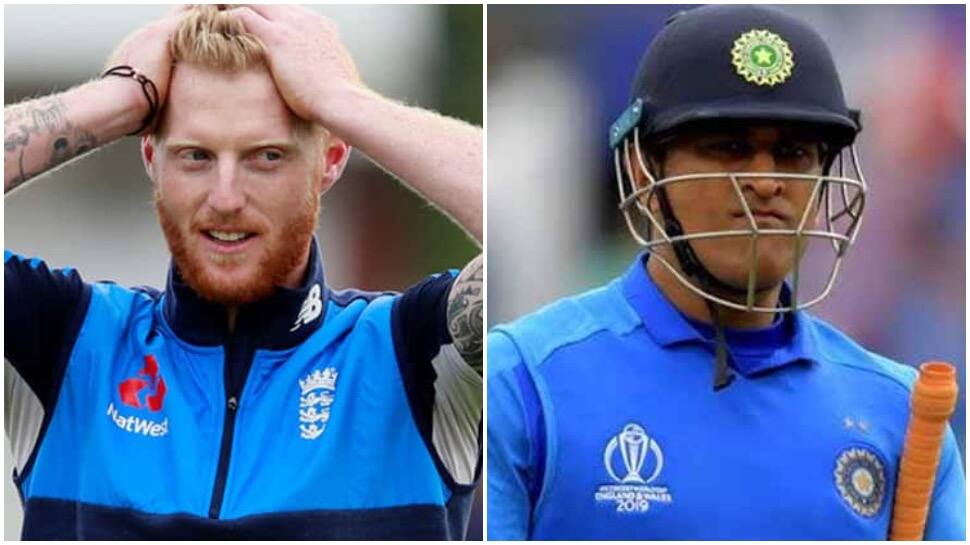 New Delhi: England all-rounder Ben Stokes was baffled by India's run-chasing strategy during their World Cup game last year in which he found Virat Kohli and Rohit Sharma's approach "mystifying" and saw "no intent" from Mahendra Singh Dhoni during the run chase.

In fact, Stokes called skipper Virat Kohli's complaints about the "59 metre" boundary on one side "whingeing".

It was the game at Birmingham, where India were comprehensively beaten by 31 runs failing to chase England's massive score of 337 for 7.

In his new book 'On Fire' published by Headline Books and distributed by Hachette India, Stokes analysed each of England's games in the World Cup.

"Arguably, the way MS Dhoni played when he came in with 112 runs needed from 11 overs was even stranger. He appeared more intent on singles than sixes. Even with a dozen balls remaining, India could still have won.

"...there was little or no intent from him (Dhoni) or his partner Kedar Jadhav. To me, while victory is still possible you always go for broke," Stokes wrote in his soon-to-be-published book.

He revealed that the England dressing room felt that Dhoni tried to take it deep so that the run-rate remained intact. Dhoni remained unbeaten on 42 off 31 balls but most of the runs came in the last over when the match as a contest was over.

"There is a theory in our camp that Dhoni's way of playing has always been the same. Even if India can't win the game, he takes it right to the end to try to make sure that India's run-rate stays relatively healthy," Stokes wrote.

"His big thing has always been to give himself a chance of winning by being at the crease for the final over, but he generally likes to stick around to get as close to a target as possible even in a losing cause."

In fact, England's new-ball bowlers Chris Wokes and Jofra Archer kept a tight leash on Rohit and Kohli as they consumed nearly 27 overs for their 138-run stand.

"The way Rohit Sharma and Virat Kohli played was mystifying. I know that we bowled brilliantly well during this period, but the way they went about their batting just seemed bizarre.

"They allowed their team to get so far behind the game. They showed no desire to put any pressure back onto our team, content instead to just drift along, a tactic that was clearly playing into our hands."

Stokes also wrote that Kohli's explanation about short boundaries sounded a "bit weird" to him.

"Yet it was weird to hear India captain Kohli whingeing about the size of the boundaries at the post-match presentation ceremony.

"I have never heard such a bizarre complaint after a match. It's actually the worst complaint you could ever make.

"Both teams have to bat out there, and get the same number of balls, so how can the playing area's dimensions be an advantage to one team or the other?," he further wrote.