Mark Wood 'over the moon' after England Test recall

Wood was included in the Test squad as a replacement for Olly Stone, who has been ruled out of the series against the Caribbean side after sustaining a bone stress injury to his lower back. 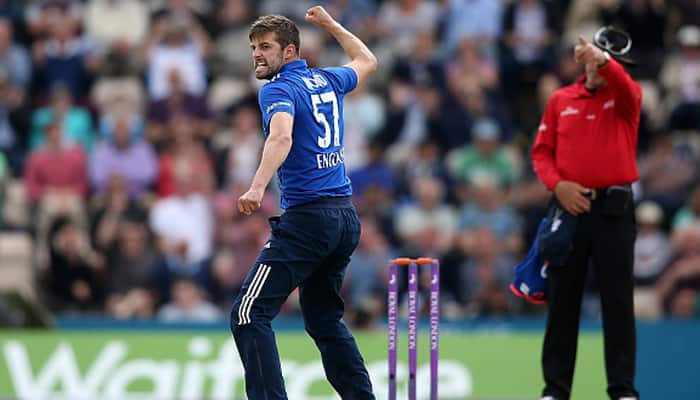 England fast bowler Mark Wood, who played his last Test against Pakistan in May last year, has said that he is "over the moon" after earning a recall in the national squad for the upcoming three-match Test series against West Indies.

The 29-year-old was included in the Test squad as a replacement for Olly Stone, who has been ruled out of the series against the Caribbean side after sustaining a bone stress injury to his lower back.

Ecstatic with his inclusion, Wood said that he is looking forward to go out and have a positive impact on the side.

"I’m over the moon. Obviously it’s not nice for Stoney. I’ve been in his position when you get injured and somebody else comes in to replace you, but his loss is my gain. Hopefully, I can go out there and have a positive impact on the team," the International Cricket Council (ICC) quoted Wood as saying.

Talking about the upcoming series,  Wood admitted that though they are the favourites heading into the series, he refused to take the Caribbean side lightly.

"They always get up for an England series and it will not be as easy as people think. But I do think we are favourites with the exciting squad we’ve got and the performances we’ve just put in in Sri Lanka. It’s not easy to win there, so if we can do that I’m sure we can win in the West Indies," he said.

Wood, who has 12 Test caps for his country, seemed to have got the nod in the national squad on the back of his impressive performances for the England Lions during last year`s tour of the United Arab Emirates where they played against Pakistan A.

He believes that the upcoming West Indies series would provide him with a good opportunity to find form and be in the right frame of mind ahead of May 30-July 14 World Cup.

"The things we've done well last year, the methods, if we continue that, we'll do pretty well. The World Cup, [rather than] just the last few months, it's been four years of preparations since the last one. It's a big time for the country," Wood said.

The two sides are slated to play three-match Test series against West Indies from January 23 in Bridgetown.