Sachin Tendulkar in 2019 had took to Twitter asking his followers to help him locate the hotel staff, who shared this priceless advice regarding his elbow guard restricting his bat swing. 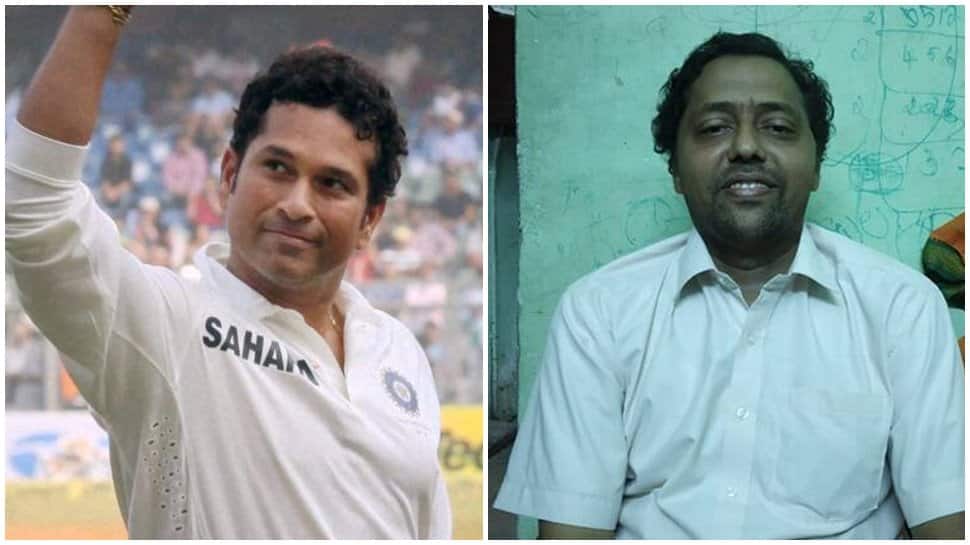 Meet hotel staff not forgotten by Sachin Tendulkar even after two decades
Share:
Written By:

Sachin Tendulkar on Sunday opened up about mental health, during which the batting maestero also spoke about battling anxiety during his cricketing career. The former India cricketer went on to state that it is natural for a player to experience the highs and lows during his career and it is important to accept when one is feeling low.

He also emphasised that one can learn from anyone, and went on to share an interesting tale from his cricketing days involving a hotel staff, whose advice helped him correct his mistake.

"That person got me dosa in the room and after keeping it on the table, he offered an advice. He pointed out that my elbow guard was restricting my bat swing, which was actually the case. He helped me address that issue," said Tendulkar in an interaction organised by Unacademy.

So who was this hotel staff and what exactly happened then?

The incident took place during Australia's tour of India in 2001, when Guruprasad, a resident of Chennai's Perambur, noticed a small change in Master Blaster and was lucky enough to point it out to him personally.

He was then a member of the security staff in Taj Coromandel in Chennai and was working as a floor in-charge.

As narrated by Guruprasad himself in a report in The Indian Express back in 2019, the whole incident took place when he tried to take an autograph after spotting Tendulkar, who was about to take the lift.

"I saw Sachin Tendulkar when he was about to take the lift. I wanted his autograph, but I didn’t have any special book or paper, so I got his autograph on my beat book. I wanted to say something about his batting, not once did I have second thoughts about whether I should say something like that to a star because I always admired Sachin’s humanity and down-to-earth personality," Guruprasad was quoted as saying in the report.

The hotel staff in the report added that the former India batsman welcomed his suggestion and also asked him how he noticed the mistake.

"I told him he was wearing an elbow-guard that was arresting his bat swing. He was surprised by my cricketing knowledge and asked me how I observed the game so deeply. I said I am his huge fan and watched all his innings repeatedly and that’s how I noticed this change in his batting technique. He said he would look into my suggestion," he added.

This is not the first time Sachin has remembered Guruprasad

Sachin in 2019 had took to Twitter asking his followers to help him locate the hotel staff, who shared this priceless advice regarding his elbow guard restricting his bat swing.

The Master Blaster had then confirmed that he followed up on the hotel staff's advice and subsequently redesigned his elbow guard. He also mentioned that it was only Guruprasad who had spotted the fault in his elbow guard.

"Whenever you wear an arm guard, your bat swing changes," the hotel staff had told him, Sachin had said in the video.

"I had never spoken about this with anyone in the world before that. He was the only one who had noticed," the former cricketer further said in the video.

A chance encounter can be memorable!
I had met a staffer at Taj Coromandel, Chennai during a Test series with whom I had a discussion about my elbow guard, after which I redesigned it.
I wonder where he is now & wish to catch up with him.

Hey netizens, can you help me find him? pic.twitter.com/BhRanrN5cm

In a career, which spanned for over two decades, Tendulkar brought many changes in his game before hanging his boots from international cricket in 2013. He holds the record of scoring the most number of international runs and also has 100 international tons under his name.

Sachin Tendulkar opens up on mental health, says 'battled anxiety for 10-12 years of my career'