England are scheduled to play two-match Test series against New Zealand in November and December before two Tests against Sri Lanka in March and April. 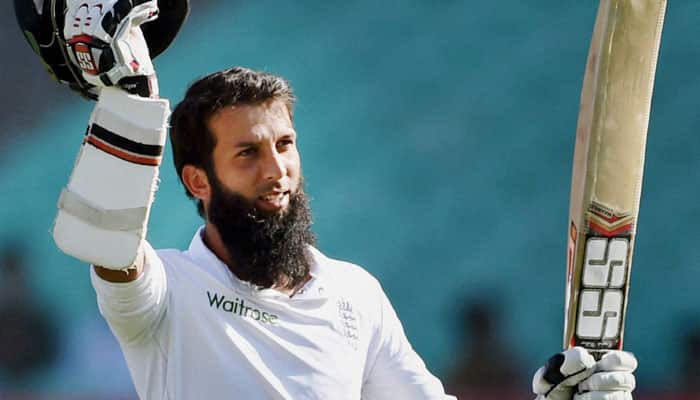 England all-rounder Moeen Ali is all set to miss his side's upcoming Test tours of New Zealand and South Africa after requesting a break from red-ball cricket in the wake of a gruelling English season.

The 32-year-old, who was omitted from the England squad after the side's crushing 251-run defeat at the hands of Australia in the opening Ashes Test, decided to take the break after being left out of the England and Wales Cricket Board's (ECB) list of centrally contracted Test players.

Reflecting on his move, Ali said that he wants to enjoy batting fully and, therefore, he has decided to take a bit of a break after a quite busy summer.

"It's just to get away from it a little bit. I feel like I want to enjoy my batting and this will give me a bit of a break. I want to spend some time with the family. I've been playing for England for five years and it's been quite tough. The intensity is obviously higher in Test cricket, so this is just to give me a break and then we will see what happens after that," ESPNcricinfo quoted Ali as saying.

Describing the all-rounder as a "great servant" to the team, ECB managing director Ashley Giles confirmed that Ali has not decided to retire from the longest format of the game and that he has just opted for a short break.

Ali endured a tough 2019 summer as he was first dropped from the ODI squad in place of Liam Plunkett before losing his place to Jack Leach after two Test appearances. However, he has retained his white-ball contract.

England are scheduled to play two-match Test series against New Zealand in November and December before two Tests against Sri Lanka in March and April. Notably, Ali had bagged a total of 18 wickets as a part of a successful three-spinner attack against Sri Lanka last year.