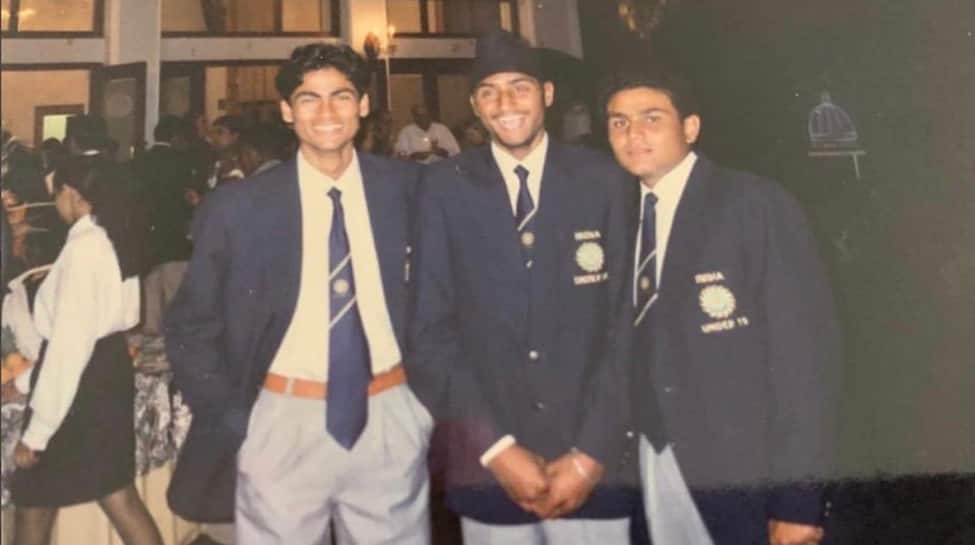 Former Indian cricketer Mohammad Kaif has walked down the memory lane on Sunday and shared a throwback picture of him with former opening batsman Virender Sehwag and veteran off-spinner Harbhajan Singh.

The 39-year-old took to his official Twitter handle and posted the picture of the trio as teenagers from a party.

In the picture, Kaif, Harbhajan and Sehwag could be seen dressed formally with a BCCI logo and Under-19 embedded on their coats.

Earlier this month, Kaif shared a hilarious video of trimming his hair at home before eventually deciding to take the help of the professional.

Taking to his official Instagram account, the 39-year-old posted a video in which Kaif could be seen tired of his long-grown hair before deciding to take the matter in his own hands.

After Kaif's wife Pooja didn't look much happy with his husband's efforts, the former Indian player could be seen eventually seeking professional help.