Dhoni scored 55 runs in 54 deliveries, stitching an unbeaten 57-run stand off 34 balls with Dinesh Karthik, as the visitors emerged victorious with four balls to spare. 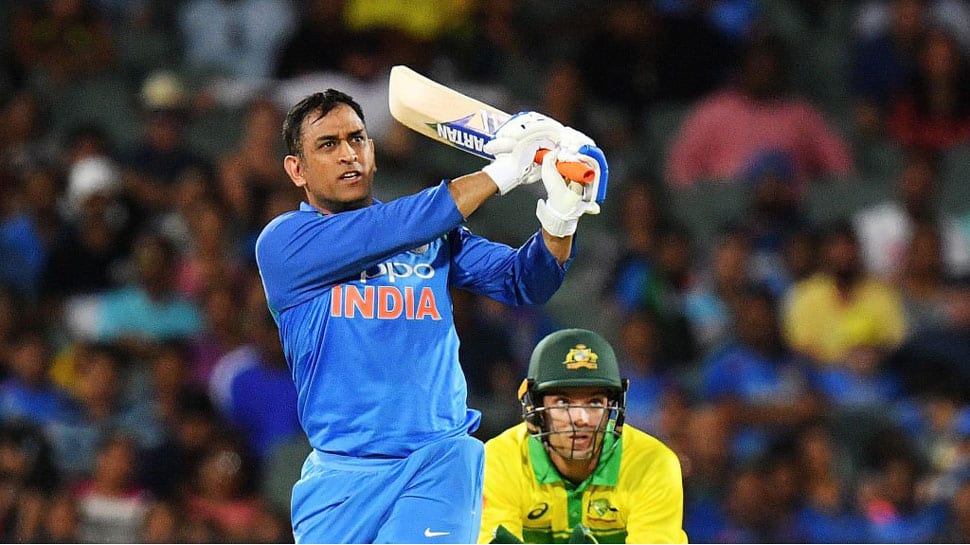 India registered a six-wicket win against Australia in the second ODI of the three-match series between the two nations, on the back of a century by skipper Virat Kohli and an unbeaten 55 by veteran wicket-keeper batsman MS Dhoni.

Dhoni scored 55 runs in 54 deliveries, stitching an unbeaten 57-run stand off 34 balls with Dinesh Karthik, as the visitors emerged victorious with four balls to spare.

Several prominent cricketers have taken to Twitter in order to express their appreciation for the veteran following his significant contribution to India's stunning win.

Fantastic run chase by India . Excellent 100 from Virat, he makes it look very easy. Was wonderful to see Dhoni finish of the game beautifully and Dinesh Karthik’s cameo was very very important in the end. The final game should be a cracker.

A great win and a fabulous innings by @imVkohli. Yet another at his adopted home ground. Excellent role played by @msdhoni and @DineshKarthik to take India over the line. #INDvAUS pic.twitter.com/7n3M2l3hZS

With the match-winning knock, the 37-year-old batsman has reclaimed his position of a finisher. Dhoni has been battling with criticism with fans questioning his finishing skills due to his records in the past several matches. Though he is currently being hailed as a match-winner, he faced wrath after he scored 51 off 96 balls in the opening clash against Australia in Sydney. Many called out the former skipper for his waning finishing skills, terming him as unsuitable for the shorter format of the game.

For about the last four years, Dhoni had scored at less than 4.2 runs per over against spin in ODIs. Not only this, the wicket-keeper batsman had registered a strike rate of 67.7, an average of 27.2 in the last 21 matches over the previous 12 months.

With winning knocks by the skipper and Dhoni, India are now 1-1 in the three-match series against Australia. All eyes will now be on the last and final match that will be played at the Melbourne Cricket Ground on Friday.