'No-ball or fair delivery': Twitter divided as India go down against Australia in final over thriller

With this win, hosts Australia have now taken an unassailable 2-0 lead in the three-match series. 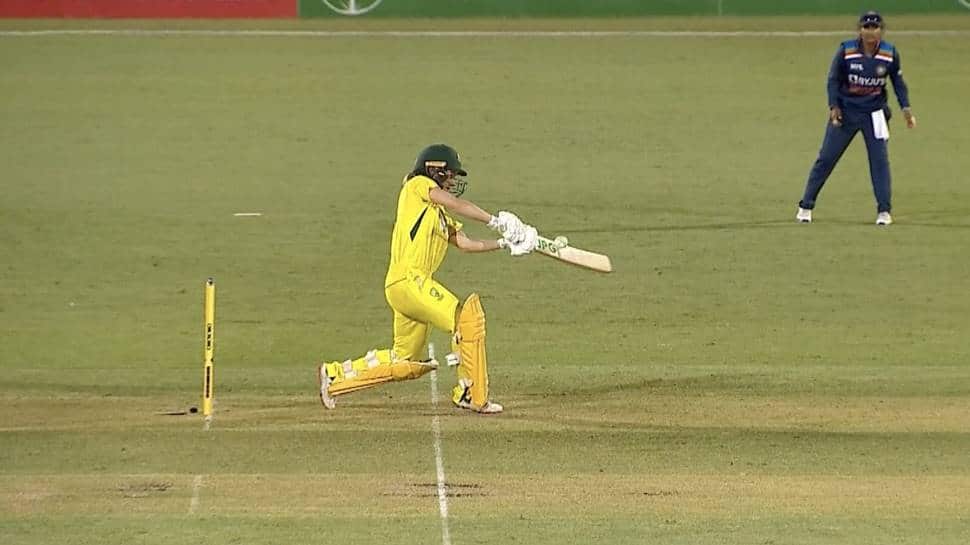 The second ODI between India and Australia saw a dramatic finish as batter Beth Mooney and Nicola Carey scored 14 runs in the final over bowled by Jhulan Goswami to win the contest by five wickets. With this win, hosts Australia have now taken an unassailable 2-0 lead in the three-match series.

What made the contest more interesting was the decision by the third-umpire in the final delivery of the 50th over as India jumped into celebration mode, believing they broke Australia's 25-match winning streak.

With three required in the final delivery, Goswami aimed for a yorker to wrap up the proceedings, but failed to perfect the execution as it ended up as a full-toss. However, Carey failed to get the desired connection as the balled popped up in the air and was collected by the fielder at mid-wicket.

Just when the Indian players burst into celebration, the on-field umpires called for a height check, following which the third-umpire ruled the delivery as no-ball. Soon after the decision many debated it was not above the waist as Carey bent forward to strike the ball, while others backed the decision. Here are a few reactions:

That is really tough for India and I feel for them. They played brilliantly and that no ball decision must hurt. #AUSvIND

India's win. Much too marginal to be called no ball. The fact it wasn't called live says it all #AUSvIND

WOW. Just WOW  what a freaking game!!! Sheesh.
Just a quick one though - doesn’t two above the waist no balls mean you’re out of the attack!? Anyways. Wow. Proud.  #AUSvIND

In 2015 , this no ball was given in favour of india
So today it was almost similar,so we should accept it imo#INDvsAUS pic.twitter.com/NdTx4CuRa6

India captain Mithali Raj also spoke about the incident during the post-match presentation ceremony and said: "For me it was quite a nervous last ball because anything could have happened, we didn't expect a no-ball but it's part of the game and we were all on the edge of our seat."