Australia won the toss and opted to bat first in the final. 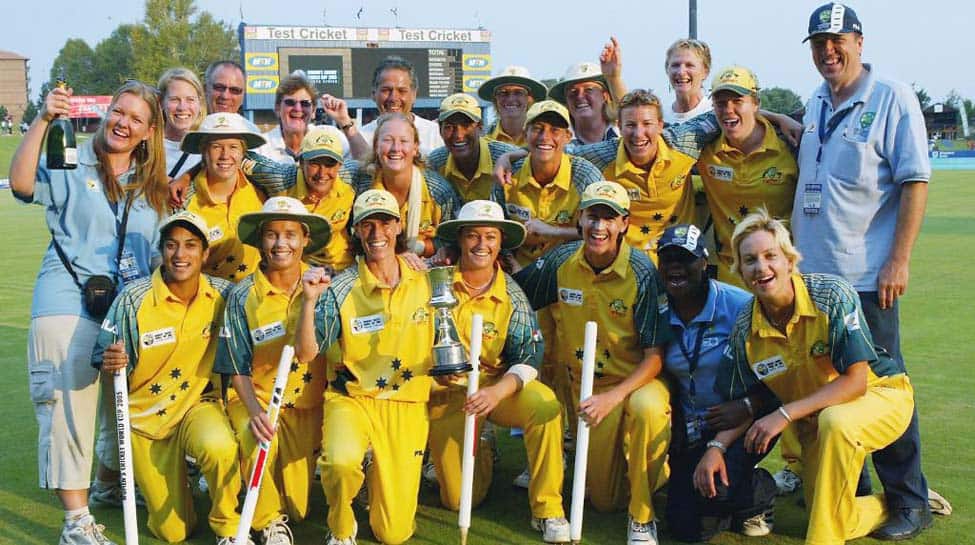 On April 10 in 2005, Australia lifted their fifth title at the International Cricket Council (ICC) Women's World Cup after thrashing India by 98 runs in the final of the prestigious tournament at the SuperSport Park in Centurion.

The ICC took to its official Twitter handle and posted a picture from the summit showdown of the 2005 Women's World Cup. The world's cricket governing body also informed its followers that it was Karen Rolton who struck a century to guide the Australian side to glory.

"#OnThisDay in 2005, Australia claimed their fifth Women's @CricketWorldCup title Trophy. Karen Rolton registered a spectacular century in the final, propelling her side to a 9️8-run victory over India," the ICC tweeted.

Karen Rolton registered a spectacular century in the final, propelling her side to a -run victory over India. pic.twitter.com/t20H1Ph9Ut

Australia made a top-place finish in the group stage after winning five out of the seven matches, while India finished the group stage behind the Aussies at the second spot with four victories from seven games.

In the semi-final, Australia defeated England by five wickets at Sedgars Park, Potchefstroom to storm into the final. The Women in Blue, on the other hand, swept aside New Zealand by 40 runs at the same venue to book their place in the summit showdown.

Australia won the toss and opted to bat first in the final.

She was well-supported by Lisa Sthalekar, who struck a 55-run knock, as Australia posted a respectable total of 215 for four in the stipulated 50 overs.

In reply, Cathryn Fitzpatrick and Shelly Nitschke bagged two wickets each while Clea Smith and Sthalekar chipped in with a wicket each to bundle out India for 117 runs.

Anju Jain and Amita Sharma were the top scorers for the Women in Blue with 29 and 22 runs, respectively.

In 2013, Australia went on to clinch their sixth title at the Women's World Cup after hammering West Indies by 114 runs in the final.

Sachin Tendulkar hardest batsman to get out because of technical strength: Michael Clarke