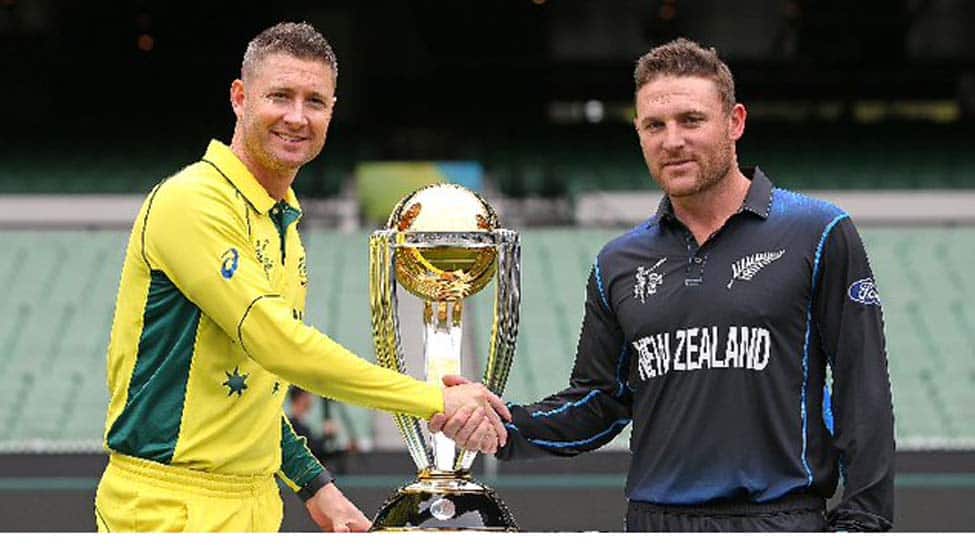 On March 29 in 2015, Australia lifted their fifth title at the International Cricket Council (ICC) World Cup in 2015 after defeating New Zealand by seven wickets in the final at the Melbourne Cricket Ground (MCG).

Watch the entire game LIVE with us https://t.co/P0F3aotybN

Australia had stormed into the summit showdown after making a second-place finish in the group stage with four wins from six games before defeating Pakistan and India by six wickets and 95 runs in quarter-final and semi-final clash, respectively.

New Zealand, on the other hand, made it to the final after ending the group stage unbeaten before clinching a 143-win over West Indies and four-wicket victory over South Africa in the last-eight and last-four clashes, respectively.

As a result, the two hosts made it to the final for the title.

New Zealand won the toss and opted to bat first at the iconic MCG stadium before a crowd of nearly 93,000 people.

The Black Caps lost opener Martin Guptill (15) and skipper Brendon McCullum (0) and  Kane Williamson (12) inside 39 runs. Subsequently, Grant Elliott (83) not only smashed a fifty but also stitched a crucial partnership with Ross Taylor (40).

However, after the duo's dismissal, New Zealand fell like a pack of cards to get eventually bundled out for 183.

Meanwhile, Mitchell Starc and Glenn Maxwell had also chipped in with two and a wicket, respectively.

In reply, Australia lost opener Aaron Finch for a duck.

Subsequently, opening batsman David Warner scored a 46-ball 45 before Steve Smith (unbeaten at 56) and Michael Clarke (74) notched up crucial knocks to held Australia chase down the target in just 33.1 overs.

Smith, however, made sure to score winning runs to help Australia lift their fifth World Cup title at the 2015 edition of the tournament.