Pakistan lose wickets in bid to fight back versus South Africa

Imam-ul-Haq and Azhar Ali went cheaply at the start of Pakistan’s second innings as they attempted to haul in a 254-run deficit after earlier bowling South Africa out for 431. 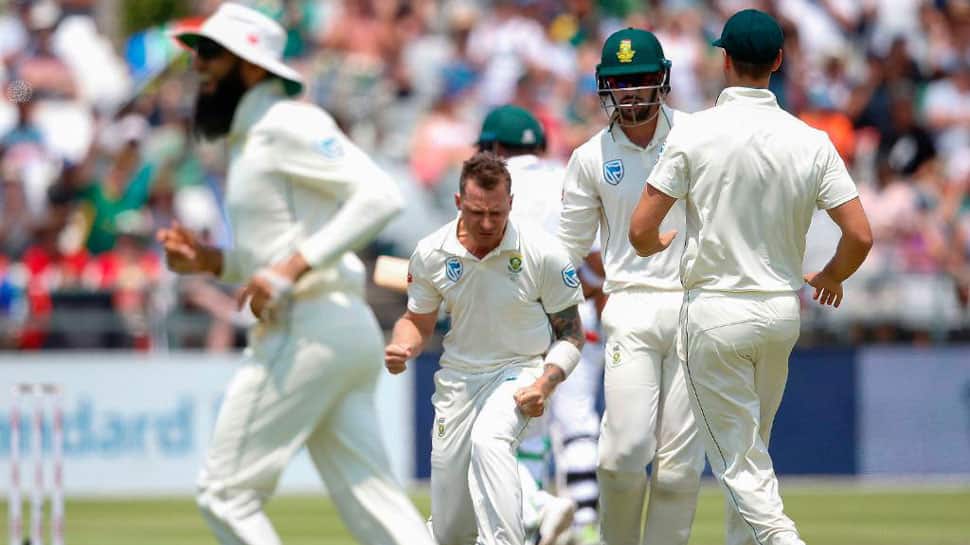 Pakistan were struggling on 37 for two against South Africa at lunch on Saturday after losing early wickets on the third day of the second test at Newlands as they tried to stave off defeat.

Imam-ul-Haq and Azhar Ali went cheaply at the start of Pakistan’s second innings as they attempted to haul in a 254-run deficit after earlier bowling South Africa out for 431.

Dale Steyn removed opener Imam-ul-Haq for six as he played a rash shot and was caught behind while Kagiso Rabada trapped Azhar Ali leg before wicket for the same tally.

The home side kept up a barrage of intimidatory bowling as expected with Pakistan looking to counter it by moving Shan Masood up the batting order.

Masood was 18 not out along with Asad Shafiq on five as Pakistan faced a difficult task in their bid to avoid losing the three-match series to South Africa, who beat them by six wickets inside three days in last week’s first test in Pretoria.

Mohammad Amir took three wickets in a lively start to the day as South Africa resumed on 382-6 and added 49 more runs before being bowled out.

He removed Quinton de Kock for 59 and then tumbled the wickets of Vernon Philander and Rabada for figures of 4-88.

Steyn was last to go after some lusty blows.

Pakistan were bowled out for 177 in their first innings in the opening two sessions of the opening day on Thursday. In the first test they also failed to scored 200 in each of their innings.