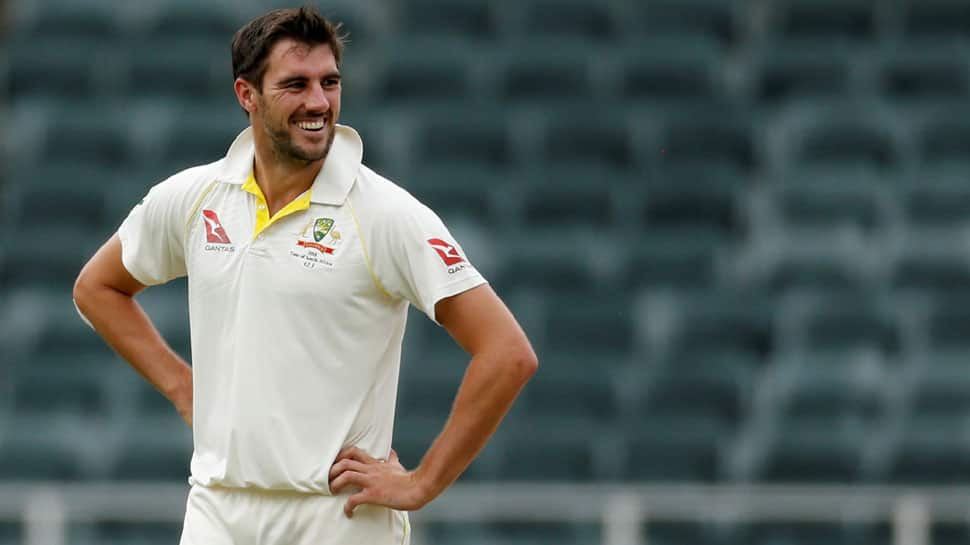 Once again ruling out the possibility of him leading the Australian side in Test cricket, fast bowler Pat Cummins has said that his workload is already too much to handle the extra pressure of captaining the national side.

Last week, the 25-year-old served as the joint vice-captain alongside Travid Head during his side's huge win by an innings and 40 runs in the opening Test against Sri Lanka after Josh Hazlewood (injured) and Mitchell Marsh (dropped) missed the same.

When asked about his chances of leading the Test side in case regular skipper Tim Paine miss a match due to injury, Cummins poured cold water on the possibility, however, saying that he doesn't see a reason that a fast bowler could not do the job in coming future.

“I think personally, I’d struggle trying to bowl and bat as well as lead the side. But there’s definitely room for it (a fast bowler becoming captain)," he told SEN.

“I feel like in every Test I play, I bowl my overs and I’m absolutely cooked and I go down to fine leg and try to recover. I’m not thinking about field placements or who should be bowling or anything like that.I’m not sure I’d make a great captain at the moment," Cummins added.

It is not the first time Cummins ruled out the idea of being the Test captain.

Recently, former Test skippers Shane Warne and Geoff Lawson had also suggested that Cummins could lead the side in the longest format of the game. However, the fast bowler ruled out the same by describing the proposal as “ridiculous”.

In May as well, Cummins had hosed down the talk of him filling the vacant vice-captain’s role when Australia were searching for new skippers following the suspension of former captain Steve Smith and vice-captain David Warner for their role in the controversial ball-tampering scandal.

“First and foremost, I wouldn't want it to affect my cricket.I don't have huge aspirations. I think if it came up and I was wanted then I'd think about it, but I reckon there's some better options in the team at the moment," cricket.com.au had quoted him as saying.

Cummins will now play in the second and final Test against Sri Lanka at Manuka Oval from February 1.