India posted a target of 280 but in the rain-affected match, the Duckworth-Lewis (D/L) came into play and the target was reduced to 270 runs in 46 overs for the Windies. 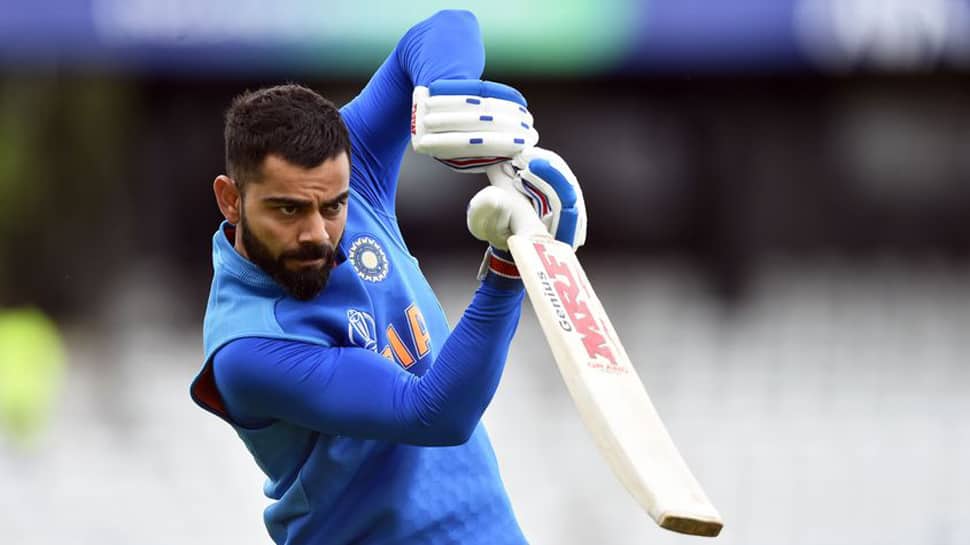 India won the second ODI against West Indies by 59 runs owing to Duckworth-Lewis method at Queen's Park Oval on Monday. India posted a target of 280 but in the rain-affected match, the Duckworth-Lewis (D/L) came into play and the target was reduced to 270 runs in 46 overs for the Windies.

Chasing a moderate target of 270, Chris Gayle and Evin Lewis built a partnership of 45-runs for the first wicket. Gayle (11) was caught in front of the wickets by Bhuvneshwar Kumar in the 10th over.

Lewis and Shai Hope (5) built a small stand of 7 runs before the latter was sent to pavilion by Khaleel Ahmed in 13th over.

Shimron Hetmyer came in to bat at number four and joined Lewis in the middle. Both built a partnership of 40-runs for the third wicket. Leg-spinner Kuldeep Yadav scalped Hetmyer (18) in the 18th over as Virat Kohli caught him at short cover.

Nicolas Pooran joined Lewis in the middle and built a partnership of 56 runs before the latter departed on 65 runs. Yadav struck again and got rid of Lewis (65) as Kohli took a stunning catch in the 28th over at the score of 4-148.Windies fell short of the 122 runs in 18.4 overs and India required six more wickets to win the match.

Roston Chase and Pooran together built a stand of 31-runs before the latter was sent to pavilion by Kumar in the 35th over. In the same over Kumar caught and bowled Chase at the score of 18 runs.

Kumar's over changed the dimensions of the game and turned things in favour of the Men in Blue. In the very next over, Carlos Brathwaite scored a duck and gifted his wicket to Ravindra Jadeja.

Windies tailenders failed to cope up with the required run-rate and lost their wickets cheaply at regular intervals.

Sheldon Cottrell played a knock of 17 runs to decrease the team deficit.

The Men in Blue suffered an early blow, as Dhawan (2) was dismissed in the first over by Sheldon Cottrell. He was caught in front of the wickets, umpire denied the dismissal but later turned the decision after Windies took a Decision Review System (DRS).

Virat Kohli came in to bat after Dhawan's dismissal, Kohli and Rohit built a partnership of 74 runs for the second wicket. Rohit (18) was sent to pavilion by spinner Roston Chase in the 16th over. Rishabh Pant joined Kohli in the middle and built a 25-run stand before the former was bowled by Carlos Brathwaite in the 23rd over. He played a knock of 20 runs off 35 balls.

Shreyas Iyer and Kohli helped the side to get past the score of 200 run-mark. Kohli scored 120 runs before he was caught by Kemar Roach off Brathwaite in the 42nd over.

For Windies, Brathwaite scalped three wickets and returned with the figure of 3-53 in ten overs.