The 26-year-old from Queensland on Thursday hit a record-equalling 11 sixes to destroy Perth Scorchers at WACA ground. 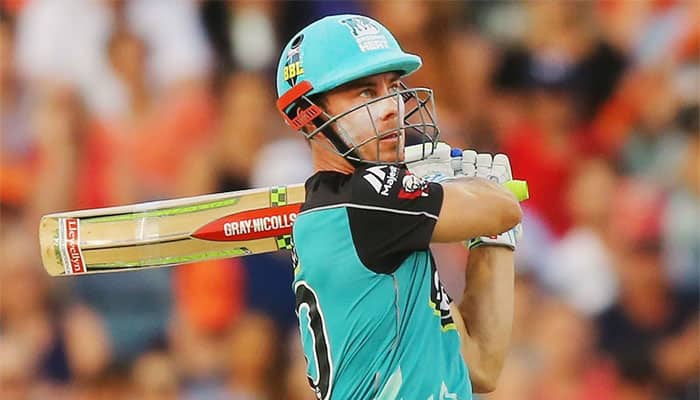 New Delhi: Chris Lynn has emerged as the most dangerous player in the sixth edition of Big Bash League (BBL) with his hitting ability.

The 26-year-old from Queensland on Thursday hit a record-equalling 11 sixes to destroy Perth Scorchers at WACA ground. Brisbane Heat won the match by nine wickets with 32 balls remaining in the match.

WOW! Lynny, where'd ya get the cheat code?! #Lynnsanity pic.twitter.com/zemVANRGfg

Last Friday, he hit a monstrous 121m six on Friday.

Today, Lynn remained unbeaten on 98 off 49 balls, which included three fours and 11 sixes. He thus shared the BBL record of most sixes in an innings with Chris Gayle and Craig Simmons.