Ricky Ponting asked by fan to take a photo, but not with him

Ahead of the start of the Day-Night Test on Friday, a fan handed over his phone to Ponting, asking the former Australia captain to click his picture with Australian sports presenter Melanie McLaughlin. 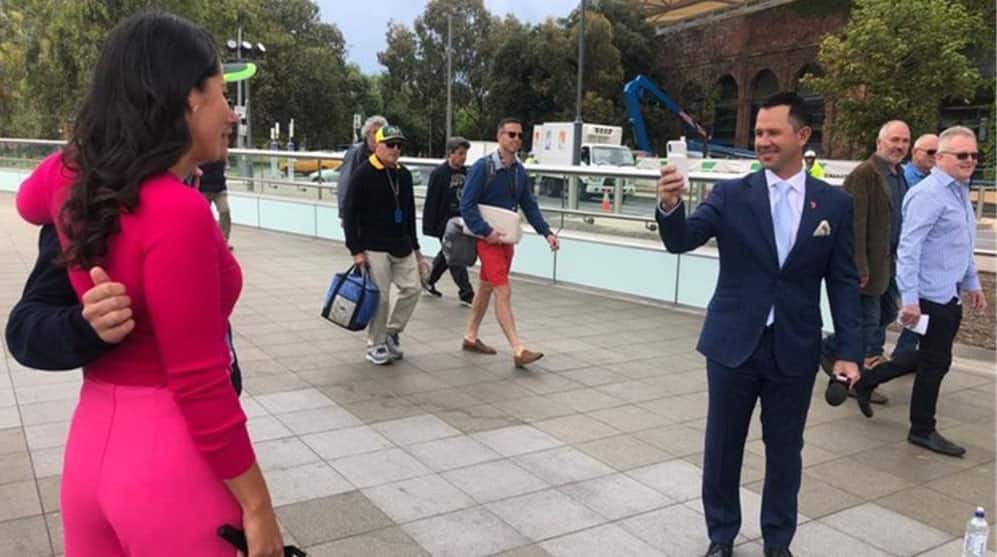 Adelaide: Former Australia skipper Ricky Ponting is one of the most iconic sportsperson with whom fans across the world want to have a picture.

However, in Adelaide -- the venue for the second Test between Australia and Pakistan -- Ponting was given a surprise by a fan.

Ahead of the start of the Day-Night Test on Friday, a fan handed over his phone to Ponting, asking the former Australia captain to click his picture with Australian sports presenter Melanie McLaughlin.

Channel Seven's official account posted the pictures of Ponting clicking a photo of Melanie with the fan on Twitter. McLaughlin then re-tweeted the post with a cheeky caption: "This version of events is… mostly... accurate…"

Ponting, along with Melanie, is part of the commentary team of Channel Seven for the ongoing two-Test series between Australia and Pakistan.

Australia have taken a 1-0 lead in the two-match series after they won the first Test in Brisbane by an innings and five runs.

The hosts, who have been unbeaten so far in the five pink-ball Tests they have played, reached 70/1, losing Burns for four before rain once again interrupted the match and umpires called for an early Tea.