Sachin Tendulkar above Virat Kohli for the quality of bowlers he faced, says Harbhajan Singh 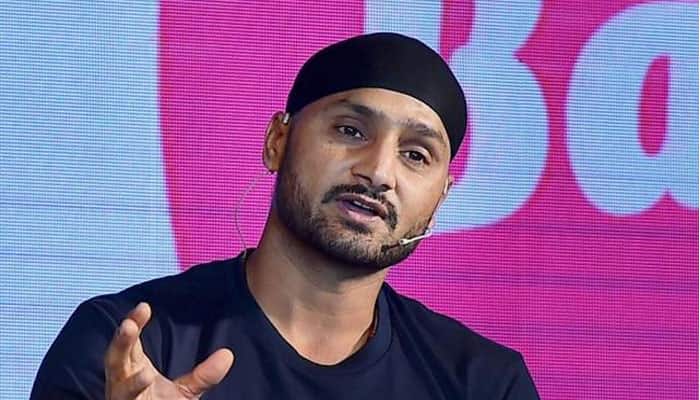 "Virat (Kohli) is a very intense cricketer. He likes to take on the responsibility and expects the same from his team. That has really worked well and the team has performed beyond expectations," Harbhajan said during a session at the 'SporTale' - sport themed literary festival.

While talking about comparison between Tendulkar and Kohli, Harbhajan said they played in different eras and faced different bowlers and comparison would be unfair.

"Still I will place Sachin Tendulkar higher than Kohli because the kind of bowlers he faced were better than what they are now," said Harbhajan and mentioned that the standard of bowling has fallen over the years.

"Overall cricketing standards have gone down over the years (since T20 began taking lead). In a T20 match a team takes 4-5 wickets in 10 overs and then expects the same in a one-day match.

"On English pitches one has to wait for maybe 30-35 overs to get two wickets," said Harbhajan reminding that the players needed to change their approach to the game according to the place they are playing.

Harbhajan was of the opinion that boundary lines have shortened with the influx of T20 matches, especially with the Indian Premier League (IPL).

"You want to have cheer girls along the boundary line. It is fine, but you should create a space for them somewhere else. Boundary line should go further back because nowadays even a mishit goes for a six, which is killing the spin bowling," said Harbhajan.

He added, "Spinners are not getting anything to go for. We need to create good pitches. Test matches need to go on for five days to give spinners their due time to perform."

Asked about his playing days as an India player, Harbhajan said his time in Indian team under Sourav Ganguly was best that he had.

"We began to challenge the best teams in the world and registered wins too. This is something that was carried forward to successive teams. So what Virat Kohli has at hand is a task that is achievable given the kind of aura this team has created over the last few seasons," said Harbhajan.