Sachin Tendulkar`s India Legends will take on Brian Lara`s West Indies Legends in the opening match of the Unacademy Road Safety World Series at the Wankhede Stadium on March 7. 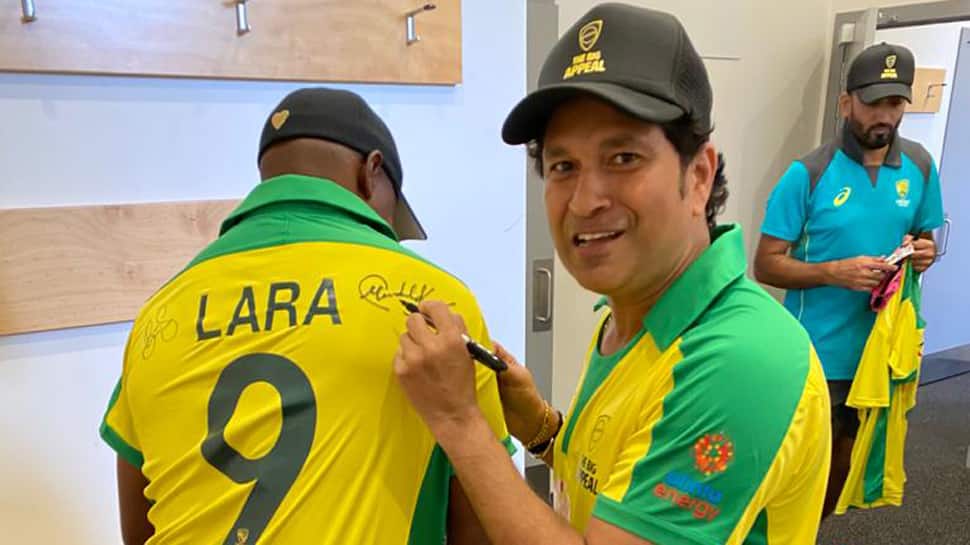 Sachin Tendulkar`s India Legends will take on Brian Lara`s West Indies Legends in the opening match of the Unacademy Road Safety World Series at the Wankhede Stadium on March 7.

Of the total 11 (eleven) matches, two will be played at the Wankhede Stadium, four at the MCA Stadium in Pune, four matches at DY Patil Stadium at Nerul in Navi Mumbai and the final at the picturesque Brabourne Stadium in Cricket Club of India (CCI) ground.

Pune will have the rare distinction of hosting two India matches (against South Africa Legends on March 14 and Australia Legends on March 20) while Wankhede and DY Patil will host one match each featuring the host team.

The final will be played at the Brabourne Stadium in the Cricket Club of India (CCI) ground on March 22. All matches will start at 7:00 p.m. and will be broadcast live on COLORS Cineplex and COLORS Kannada Cinema along with VOOT and Jio, which are the digital partners.

Former India captain Sunil Gavaskar is the Commissioner of the series.

Ravi Gaikwad, RTO Chief of Thane (Konkan Range), who is also a senior member of the Road Safety Cell of Maharashtra and Chairman of the Trust, Shant Bharat Surakshit Bharat, said: "I am extremely glad for the fans and I am sure they will come in large numbers to cheer for the legends and also support this important cause of creating awareness towards road safety in the country."

Karan Shroff, Vice President-Marketing, Unacademy, said: "The Road Safety World Series binds together a cause that we feel deeply for, and a sport that is most loved by our TG and their parents, on and off the platform."

Albert Almeida, COO - Live Entertainment, BookMyShow: "We are committed to giving cricket fans an unparalleled experience that starts with booking their tickets and ends with a seamless match experience at the venue. Wishing all the teams good luck!"

Melroy D`Souza, Chief Operations Officer, Professional Management Group, said: "We are confident that fans will flock to the stadiums in large numbers and relive the nostalgia that the heroes of cricket will provide."