England boast the top ODI score of 481-6 that they posted against Australia last year in Nottingham, while Australia`s 417–6 against Afghanistan in 2015 is the highest total in the history of the World Cup. 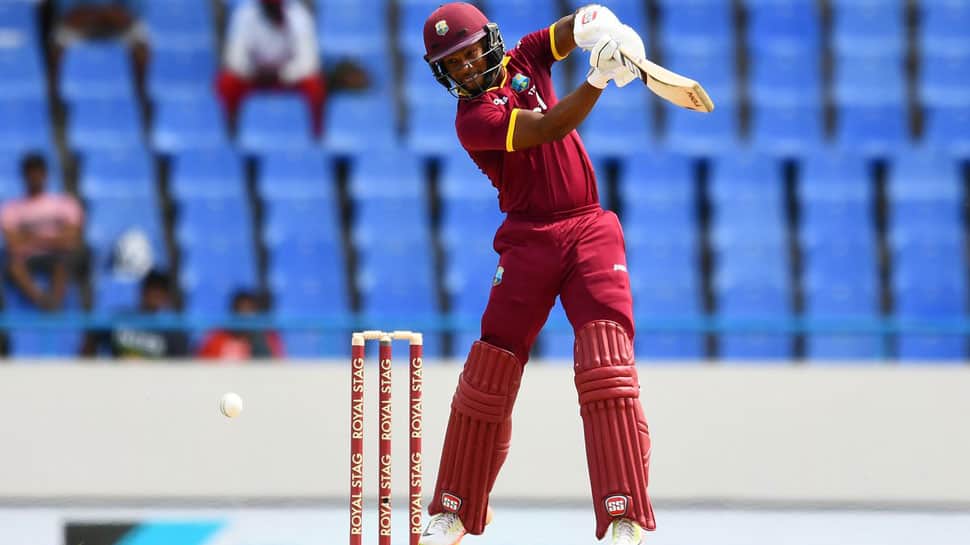 West Indies have the firepower to post the first 500 total in one-day internationals, top order batsman Shai Hope has said ahead of the Cricket World Cup.

England boast the top ODI score of 481-6 that they posted against Australia last year in Nottingham, while Australia`s 417–6 against Afghanistan in 2015 is the highest total in the history of the World Cup.

Wicketkeeper-batsman Hope smashed 101 off 86 balls and Andre Russell lived up to his big-hitting reputation with a breezy 25-ball 54 as the Caribbean side amassed 421 in Tuesday`s warm-up match against New Zealand before being all out in the final over.

"It is definitely a goal we can try to achieve at some point," Hope said after West Indies won the match by 91 runs.

"Definitely, it would be great to be the first team to cross that 500 mark, and I am sure we have the batting firepower to do it."

"If you are asking me if we are capable of it, definitely we are," Brathwaite said.

Russell, 31, was at his destructive best with the bat in the last edition of the Indian Premier League Twenty20 tournament, smashing 52 sixes and scoring at a strike rate of more than 200 for the Kolkata franchise, both best in the league.

"He is just incredible - a freak of nature really," Hope said. "I don`t really know what to say about Russ, he just hits it and once he hits it, it goes for six."

"He is a pleasure to be on the same team as him, I can tell you that. If you are on the field you are not sure what you are going to bowl at him. It is just nice to enjoy from the inside."