Pakistan had won the first match -- also in Dubai -- by nine wickets on Friday. 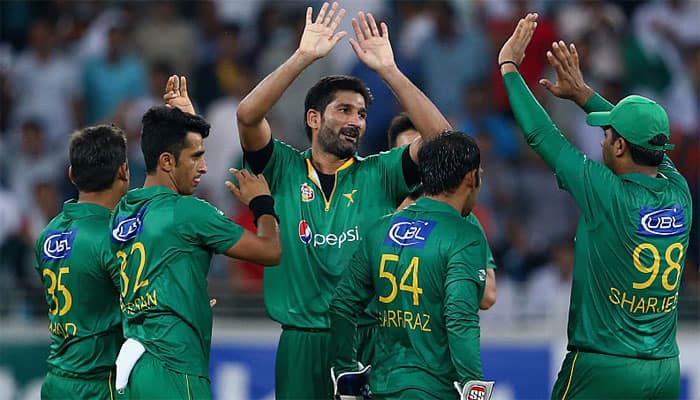 Dubai: Pakistan played good all-round cricket to beat world champions West Indies by 16 runs in the second Twenty20 in Dubai on Saturday, taking an unassailable 2-0 lead in the three-match series.

Pakistan had won the first match -- also in Dubai -- by nine wickets on Friday.

The victory over the world champions gave Pakistan reasons to smile in their campaign to build a new team after they thumped England, also by nine wickets, in Manchester earlier this month.

Pakistan were ousted in the first round of the World Twenty20 held in India in April this year, forcing Shahid Afridi to step down as captain.

Tanvir rocked the West Indies top order with the wickets of Evin Lewis (three) and Marlon Samuels (one) before he later dismissed Nicholas Pooran (four).

He also completed 50 wickets in the shortest format and now has 52 victims in 53 matches.

Afridi is the highest wicket-taker in Twenty20 cricket with 97 while two other Pakistanis, fast bowler Umar Gul and spinner Saeed Ajmal, have 85 each.

Sunil Narine top-scored with 30 while Andre Fletcher made 29 but the West Indies for the second day failed to find the batting skills which earned them two World Twenty20 titles, the first in 2012.

Narine hit four boundaries and a six during his 17-ball knock but 74 runs in the last five overs proved too much for the champions.

Ahmed said the series win means a lot to this young team.

"We have made good strides and it`s awesome to win the series against the champions," said Ahmed who has won three in three since taking captaincy.

"The conditions were tough because of the dew. The ball was slipping, but we finished it well. It is a great sign for Pakistan cricket." Brathwaite lamented poor batting by the West Indies.

"We didn`t come to the party as we would have liked," said Brathwaite who replaced World Twenty20 winning captain Darren Sammy last month.

"It is what it is. We should have batted well in the first six-seven overs. As a result, Pakistan are the series winners."

Earlier Pakistan scored at a fast pace after they were put into bat.

Skipper Ahmed hit a rapid 46 not out and added 69 runs for the third wicket with Shoaib Malik (37 off 28 balls) to lift Pakistan.

Ahmed`s knock featured five boundaries while Malik smashed a six and three fours as Pakistan kept the same tempo which earned them a win in the first match.

Opener Khalid Latif made a 36-ball 40 with three boundaries and a towering six. Babar Azam made 19 and Sharjeel Khan two.