Shanaka achieved the feat when he guided the inexperienced Sri Lankan side to a 13-run win over Pakistan in the third and final T20I at Gaddafi Stadium in Lahore to complete a 3-0 clean sweep. 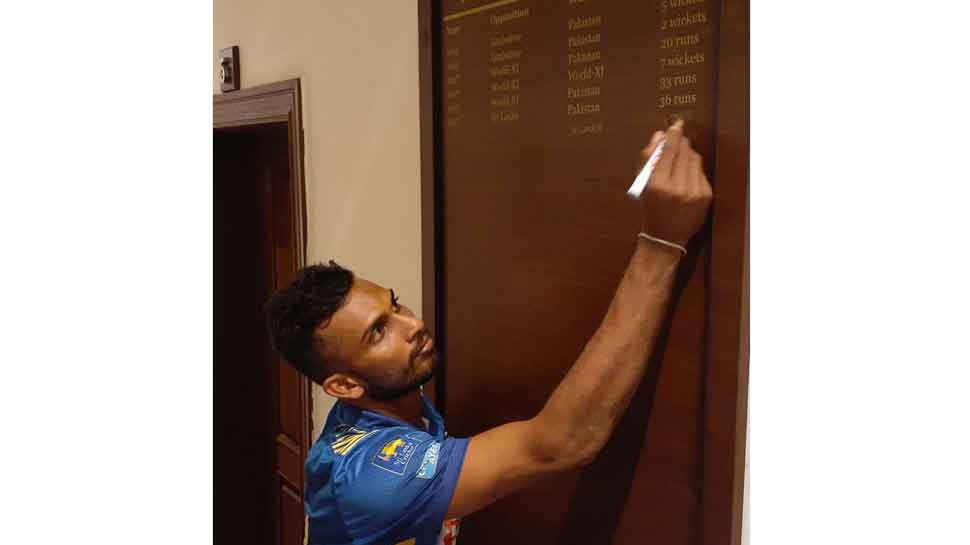 Shanaka achieved the feat when he guided the inexperienced Sri Lankan side to a 13-run win over Pakistan in the third and final T20I at Gaddafi Stadium in Lahore to complete a 3-0 clean sweep.

Opting to bat first, Oshada Fernando smashed a blistering knock of 78 off 48 balls to guide Sri Lanka to a total of 147 for seven in their stipulated 20 overs.

Fernando also shared a crucial 76-run stand with skipper Shanaka, who though contributed just 12 runs but helped Sri Lanka rebuild their innings after being collapsed to 58/4 at one stage.

Mohammad Amir was the pick of the bowlers for Pakistan with figures of three for 27.

In reply, Haris Sohail's half-century of 52 runs went in vain as the visitors restricted Pakistan to a score of 134 for six to emerge victorious.

With the win, Shanaka has joined the likes of former Indian skipper Dhoni and former Australian captain Clarke in the elite list of players to win their first three matches against Pakistan as skipper.

It is the first time that Sri Lanka had sealed a T20I series by 3-0 while it is also the only time that Pakistan are clean sweeped in a three-match series.

Sri Lanka had won the first T20I against Pakistan by 64 runs and second match by 35 runs at the same venue.