Pakistan limited New Zealand to 134 for eight and then chased down the target with 8 balls to spare. With this win, Pakistan is now leading the Super 12 Group 2 with four points. 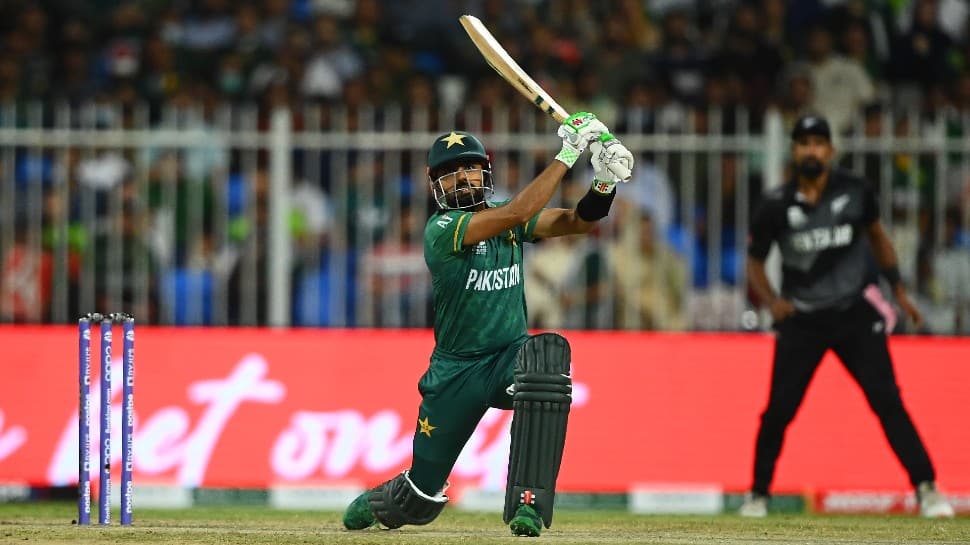 Pakistan limited New Zealand to 134 for eight and then chased down the target with 8 balls to spare. With this win, Pakistan is now leading the Super 12 Group 2 with four points.

The animosity created by the Black Caps' last-minute cancellation of the limited-overs series in Pakistan in September has been too hard to digest for Babar Azam's players, and even the new Pakistan Cricket Board (PCB) chairman Ramiz Raja, besides several former cricketers, including Shoaib Akhtar among others, have asked the team to go all out and take "revenge".

Talking about the match, Asif whacked one four and three sixes while Shoaib Malik smashed 26 to help Pakistan chase down 135 despite a wobble in the middle.

Chasing 135, Pakistan got off to a slow start and Babar Azam's wicket in the sixth over further dented the team's hopes. Tim Southee cleaned bowled Babar to take his 100th T20I wicket.

Ish Sodhi then trapped Fakhar Zaman in front of the stumps as Pakistan got reduced to 47/2. The Babar-led side lost two quick wickets in the name of Mohammad Hafeez and Mohammad Rizwan as New Zealand gained control over the game.

Conway flew in the air to pull off an absolute stunner which ended Hafeez's stint at the crease.

However, Asif came to rescue Pakistan as he stitched an unbeaten 48-run stand with Shoaib to take his home in the 19th over.

Put into bat first, New Zealand scored 134/8 in 20 overs as Haris Rauf starred with the ball picking up four wickets.

Daryl Mitchell, Kane Williamson and Devon Conway scored 27, 25, 27 runs as New Zealand batsmen struggled to get their feet in.

The Kiwis got off to a decent start but Pakistan kept taking wickets at regular intervals which didn't allow New Zealand to post a respectable total.