“India's biggest setback was that they played with Hardik Pandya. India were not right with their team selection. Babar Azam knew exactly what he was doing with his XI but India were not,” Inzamam said on his YouTube channel. 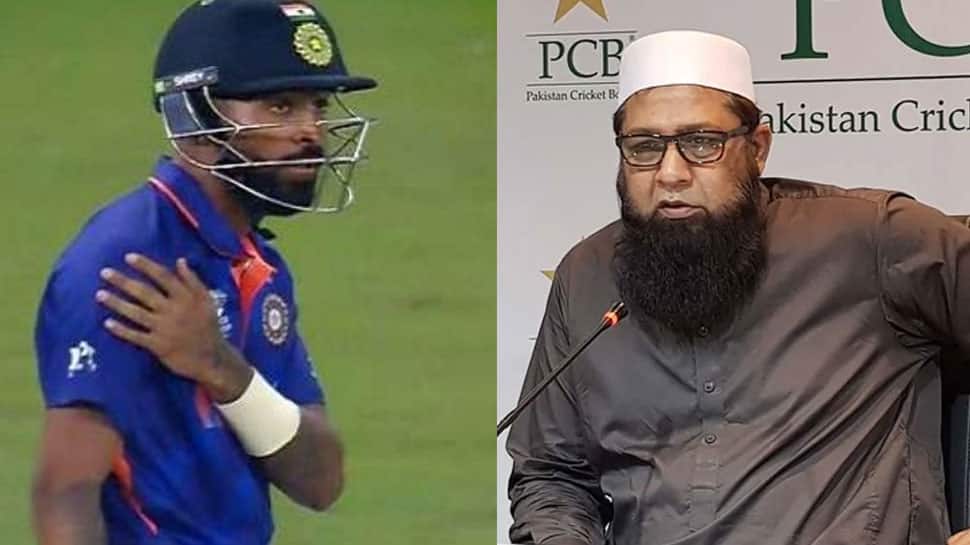 DUBAI: Former Pakistan captain Inzamam-ul-Haq has claimed that the selection of all-rounder Hardik Pandya in the playing XI against Pakistan was one of India's biggest setbacks and a key factor behind Team India’s humiliating defeat in the Super 12 clash of T20 World Cup 2021 on Sunday.

Inzamam also questioned skipper Virat Kohli’s decision to include Hardik Pandya in the squad who has not been in a good form lately.

“India's biggest setback was that they played with Hardik Pandya. India were not right with their team selection. Babar Azam knew exactly what he was doing with his XI but India were not,” Inzamam said on his YouTube channel.

‘Inzy’ further said that Team India did not get their combination right as they lacked a sixth bowler, who could have come in as a back-up to the five main bowlers.

The remarks from former Pakistan captain came hours after India lost their opening encounter to Pakistan by 10 wickets - their first defeat against the neighbours in a World Cup match in any format after 12 successive victories.

Giving a piece of advice to Pandya, Inzamam said that he should not have given clue that his shoulder was hurt, saying it was not a good sign as it showed that India were under pressure.
.
Put in to bat at no. 7, Hardik scored just 11 runs off 8 balls. He also hurt his shoulder while attempting a pull shot off Shaheen Shah Afridi in the 19th over of the Indian innings.

Pandya immediately grabbed his arm and did not seem comfortable. The all-rounder did not come out to the field and was taken for scans.

“I did not think it was the right thing for Pandya to point towards his shoulder after being hit. When you play a high-voltage match like this, you don't give a clue to the opposition even when you are hurt. I have seen Indian players like Sachin Tendulkar get hit but they didn't used to rub that part. They gave no clue that they were hurt. I immediately got a clue that India were under pressure when Pandya grabbed his shoulders. That was not a good sign. He didn't come out in the field, didn't bowl,” the former Pakistan batsman said.

While explaining how the absence of a sixth bowler hurt India's chances, Inzamam also heaped praise on Pakistan skipper Babar Azam, who made “good use of his multiple bowling options and got two overs out of the way using the experienced Mohammad Hafeez.”

“If India played a sixth bowler, then it would have been better. Look at how playing Mohmmad Hafeez gave an advantage to Babar Azam. He got two overs out of the way by using Hafeez instead of bowling four from Imad Wasim. They had Shoaib Malik too,” he added.

Inzamam said that he had “waited for 30 years to see Pakistan beat India in a World Cup match.” He, however, said that India was still the favourite to win the ongoing ICC Men`s T20 World Cup in Oman and United Arab Emirates (UAE).

Inzamam said he feels that the Virat Kohli-led India have a greater chance of winning the trophy as the conditions in the Gulf nations are similar to the subcontinent, which makes India the most dangerous side in the event.