Saha has been brought back into the Indian set-up following his full recovery since suffering an injury during the tour of South Africa in 2018. 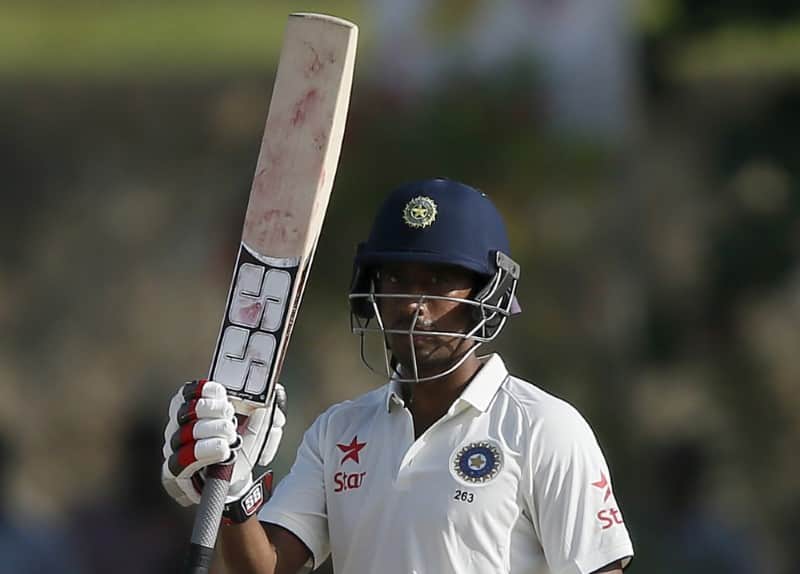 While announcing the squad for the upcoming West Indies tour, BCCI chief selector M.S.K Prasad made it very clear that left-handed wicketkeeper-batsman Rishabh Pant is the future wicket-keeper of Indian cricket and will play in all the three formats of the game. But old warhorse Wriddhiman Saha has also been given a go in the Test series as the second keeper.

Saha has been brought back into the Indian set-up following his full recovery since suffering an injury during the tour of South Africa in 2018.

"We have an unwritten norm when a senior cricketer is injured, he should get a comeback opportunity. That's what we have given to Saha," Prasad said explaining the thought process about bringing in the Kolkata batsman for Windies Tests.

Saha returns to the national squad after missing 14 matches since suffering a series of injuries. First, a hamstring during the 2018 Cape Town Test ruled him out of the rest of the entire South Africa series. Then he suffered from a thumb injury during 2018 IPL and then a shoulder injury that required surgery.

The right-handed batter, however, would not be the first choice wicketkeeper in the Windies Tests. And with Pant delivering in the last Test series in England and Australia, chances are bleak that Saha will find a place in the playing XI in the two Tests against the Jason Holder-led side.

However, as the BCCI chief selector said, Saha will come into the picture only when the team management decides to rest Pant or when he suffers from an injury. Therefore, the tour to the Caribbean Islands doesn't guarantee the Saha a chance to represent the country. But, with K.S. Bharat doing well, this could be the last opportunity for Saha.

Saha, a veteran of 32 Tests in which he has scored 1164 runs at an average of 30.63, is now 34. The batting record is not something which could guarantee him a place in Test XI. However, what made him a permanent member of the Indian Test set-up following M.S. Dhoni's retirement in 2015 was the wicketkeeping skills he possessed.

And even now, one can be rest assured that his wicketkeeping skills are superior to that of Pant. However, what the team requires at the moment is not just a wicketkeeper but a wicketkeeper-batsman, someone who can score at a brisk pace and take on the opposition and provide thrust to the batting unit. And Pant is someone who Virat Kohli wants in his mission to make India, not only a formidable Test side at home, but also on foreign soil.

Pant provides that X-factor, that flamboyance which goes down well with the current attacking brand of cricket of the Men in Blue, especially in the longest format of the game.

And with team management firm on making Pant a vital cog of the team set-up in all the three formats, selectors need to communicate well with Saha and make him aware of the plans for the Test matches after the Windies tour. It should not be a case where he is just warming the benches while traveling with the team.

So, it is a double-edged sword for Saha as on one hand he is being given an opportunity to return to the national set-up, on the other he has almost been indirectly told that Pant is the first-choice keeper. Clearly, the battle starts afresh for Saha as he looks to get back into reckoning after a long time nursing his injuries.