Virender Sehwag smashed 25 fours and seven sixes to register the score of 219 against West Indies and this knock by the batsman enabled India to post a score of 418/5 in the allotted 50 overs. 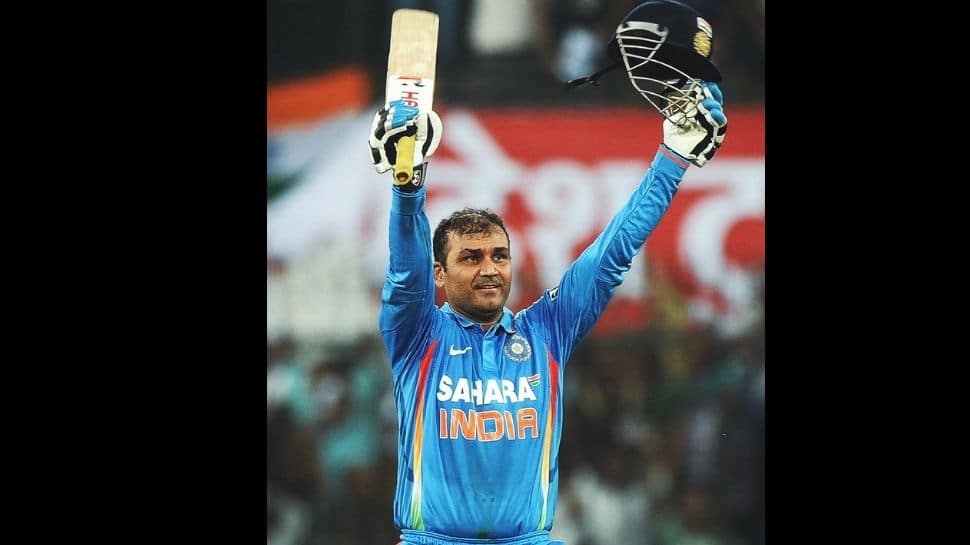 It was on this day, a decade back, when former India opener Virender Sehwag became just the second cricketer in the history of ODIs to score a double century. Sehwag, went on to score 219 against West Indies at the Holkar Cricket Stadium in Indore.

The 41-year-old smashed 25 fours and seven sixes to register the score of 219 against West Indies and this knock by the batsman enabled India to post a score of 418/5 in the allotted 50 overs. India then went on to win the match by 153 runs.

1st captain to score double ton in an innings...

During the course of this innings, Sehwag also became the first ODI captain to score a double century.  In his cricketing career, Sehwag played 251 ODIs and 104 Tests for India amassing 8,273 and 8,586 runs respectively.

The Delhi batter also has scored two triple hundreds for India in the longest format of the game. The individual score of 200 has been scored by batsmen just eight times in ODIs.

Sachin Tendulkar was the first man on the planet to score a double ton in ODIs as he achieved the feat against South Africa in 2008 at Gwalior. Rohit Sharma has registered a double century in ODIs three times. He scored his first double ton against Australia in 2013.