The milestone came during the third T20I between West Indies and Australia when the 'Universe-Boss' took the Caribbean side to a 6-wicket victory. 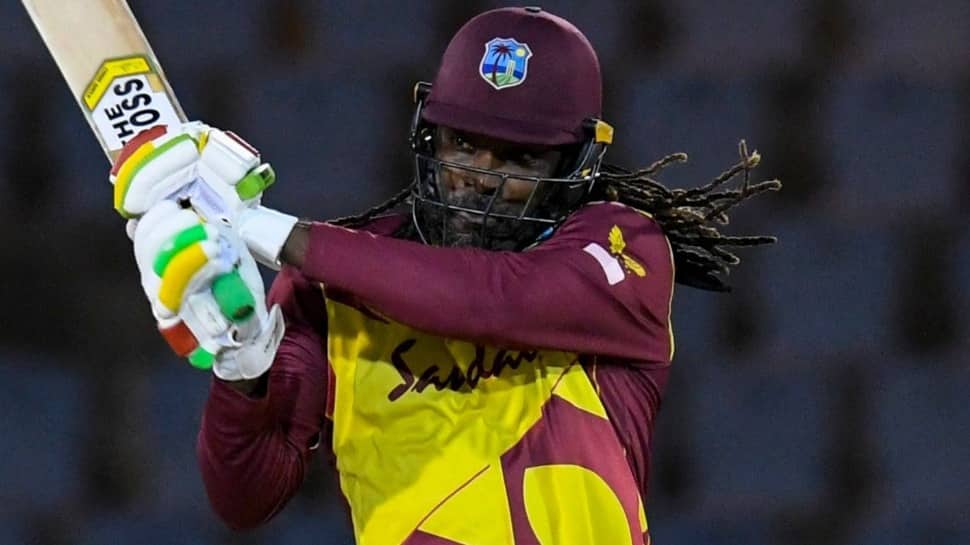 New Delhi: Chris Gayle on Tuesday (July 13, 2021) became the first player in the T20 history to pass 14,000 runs. The milestone came during the third T20I between West Indies and Australia when the 'Universe-Boss' took the Caribbean side to a comfortable 6-wicket victory.

The 41-year old smashed 67 runs off 38 balls while chasing the target of 142 set by the Aussies. The Gayle storm that passed over the Daren Sammy Cricket Stadium in West Indies' Gros Islet witnessed 7 sixes and 4 boundaries.

"You all knew I was struggling with the bat and to be able to get some runs was pleasing," Gayle said after the series-winning knock.

"It's a great journey. I'm so happy and so pleased to get a series win. I just want to commend stand-in captain Pooran for winning a fantastic series against a great team," Gayle added.

Earlier, Australia opted to bat first after winning the toss and had made a steady start. However, the visitors were left struggling at 80-4 in 14 overs after losing both the openers Matthew Wade (23) and Aaron Finch (30) and Mitchell Marsh (09) and Alex Carey (13).

In reply, Gayle made sure that West Indies take an unassailable 3-0 lead in the five-match series and was well supported by skipper Nicholas Pooran (32).