Fans claimed that MS Dhoni was dismissed on a no ball, citing an error in field placement by the Black Caps. 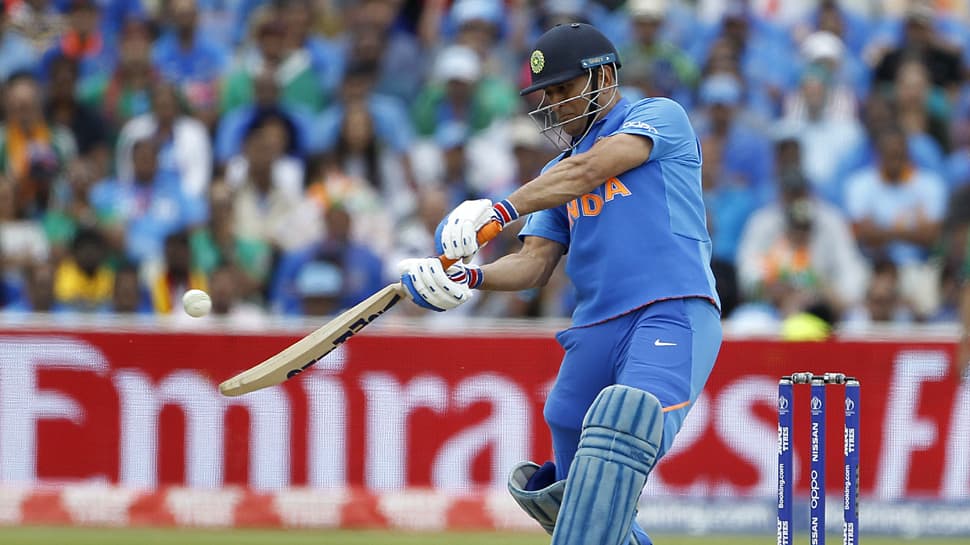 When New Zealand knocked India out of ICC World Cup 2019 at Manchester’s Old Trafford stadium on Wednesday, it was a moment of sorrow for millions of fans in India as well as abroad. While the top-order Indian batsmen, who performed remarkably well throughout the tournament, collapsed in the semi-final, former skipper Mahendra Singh Dhoni and all-rounder Ravindra Jadeja stuck in the middle for long.

However, hopes for the Men in Blue dashed when Dhoni was run out following a direct hit by New Zealand’s Martin Guptill. Soon after his dismissal, a controversy erupted on microblogging site Twitter, with many claiming that Dhoni was dismissed of a no ball, citing an error in field placement by the Black Caps.

Twitterati shared an alleged snapshot of New Zealand’s field placement, which showed six fielders outside the 30-yard circle. As per the rules of the game, not more than five players from the fielding side can step out of the ring in the third powerplay between 40-50 overs. So fans claimed that it was a false decision on part of the umpires that led to the dismissal of Dhoni, who could have come to the rescue of the team in the semi-final clash.

6 fielders outside the ring. If umpire had noticed it and given a no ball signal, I don't think Dhoni would have taken that Singal and we would have had a free hit. #Badumpiring...pic.twitter.com/PUOCEIrOvQ

What the fans are missing here is the fact that even on a no ball, a batsman can get run out. However, many are of the opinion that had Dhoni known that it was a no ball and he would get a free hit on the next, he wouldn’t have risked going for a double in between the wickets.

Questions have also been raised on skipper Virat Kohli and coach Ravi Shastri for making Dhoni bat at the seventh position. Given the situation in the game when the top order collapsed, fans feel that sending Dhoni earlier would have helped the Men in Blue emerge victorious at the Old Trafford. And this cannot be discounted if we recall the 2011 World Cup finals when the “captain cool” walked in at number 4 and finished the game in style.

Fans have also come out in large numbers on various social media platforms thanking Dhoni for his contribution to the team and Indian cricket on the whole. Some also shared Dhoni’s emotional outburst after India was knocked out of the tournament.

We gave everything we had: Virat Kohli’s message to fans after semi-final loss against New Zealand