Indian fast bowler Jasprit Bumrah has been ruled out of the upcoming three-match Test series against South Africa due to a minor stress fracture in his lower back. 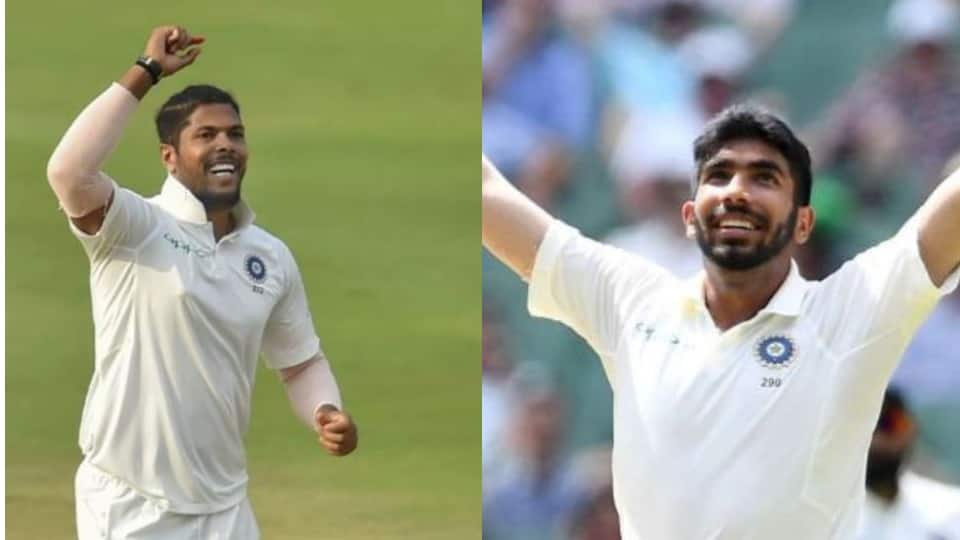 Indian fast bowler Jasprit Bumrah has been ruled out of the upcoming three-match Test series against South Africa due to a minor stress fracture in his lower back.

Confirming the news, the Board of Control for Cricket in India (BCCI) revealed that Bumrah's injury was detected during a routine radiological screening and that he would now undergo rehabilitation at National Cricket Academy (NCA) in Karnataka.

"Team India fast bowler Jasprit Bumrah has sustained a minor stress fracture in his lower back and has been ruled out of the upcoming Paytm Freedom Series for Gandhi-Mandela Trophy against South Africa. The injury was detected during a routine radiological screening. He will now undergo rehabilitation at NCA and will be monitored by the BCCI Medical Team," the BCCI said in a press release.

As a result, Umesh Yadav has been named as a replacement for injured Bumrah in the Test squad for Gandhi-Mandela Trophy.

Burmah, who made his last appearance for India during a successful two-match Test series against West Indies in August, was earlier rested for the drawn three-match T20I series against South Africa.

Yadav, on the other hand, appeared in his last match for the national side during a Test series against Australia in December 2018.

The Test series between India and South Africa is slated to take place from October 2 at ACA-VDCA Cricket Stadium in Visakhapatnam.

The updated Indian Test squad is as follows: