South Africa will look to bounce back in the upcoming ODI series against Sri Lanka after slumping to an embarrassing 0-2 defeat in the Test series. 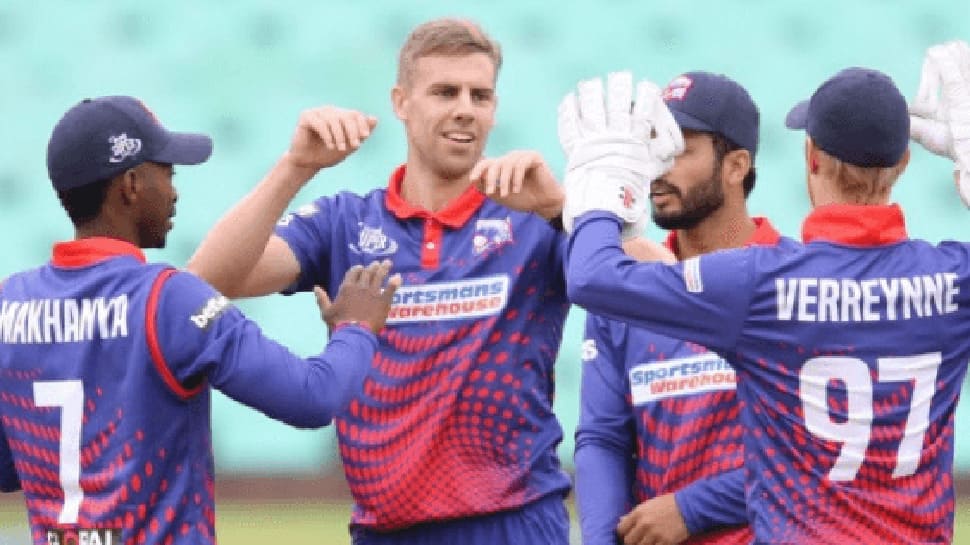 Uncapped fast bowler Anrich Nortje has admitted that he was surprised by his maiden call-up in the 14-member South Africa squad for the first three ODIs of the five-match series against Sri Lanka, beginning Sunday at Wanderers Stadium.

Ecstatic at the prospect of donning the green and gold, Nortje was quoted by Sport24 as saying, "It was definitely a surprise, I read a little bit about it in the newspapers that they (Proteas) wanted to have a look at me," Nortje told reporters on Friday in Johannesburg."

"I was injured around the time I read about it, so I never knew what to expect, but I'm very happy and surprised to be in the squad."

The 25-year-old, who has returned to action after recovering fully from an ankle injury, showcased an impressive performance during the inaugural edition of the Mzansi Super League last year when he bagged eight wickets in three matches he played for the Cape Town Blitz.

The performance also saw him being roped in by Kolkata Knight Riders for this year's 12th season of the Indian Premier League (IPL) auction.

Now, Nortje could make his debut for South Africa in Johannesburg if he got selected in the Playing XI.

"For me, I'm taking it one game at a time... I might be in the World Cup, I might not... I still have the IPL coming up, so there's a lot happening but I don't want to look too far ahead. My plan going forward is when I play, I just want to try and do my best," he said.

South Africa will look to bounce back in the upcoming ODI series after slumping to an embarrassing 0-2 defeat in the Test series against Sri Lanka.