The Qualifier in Florida saw the rivals square off in three T20 internationals over three days, with the table-toppers advancing to represent their region at the ICC Women’s T20 World Cup Qualifier 2019. 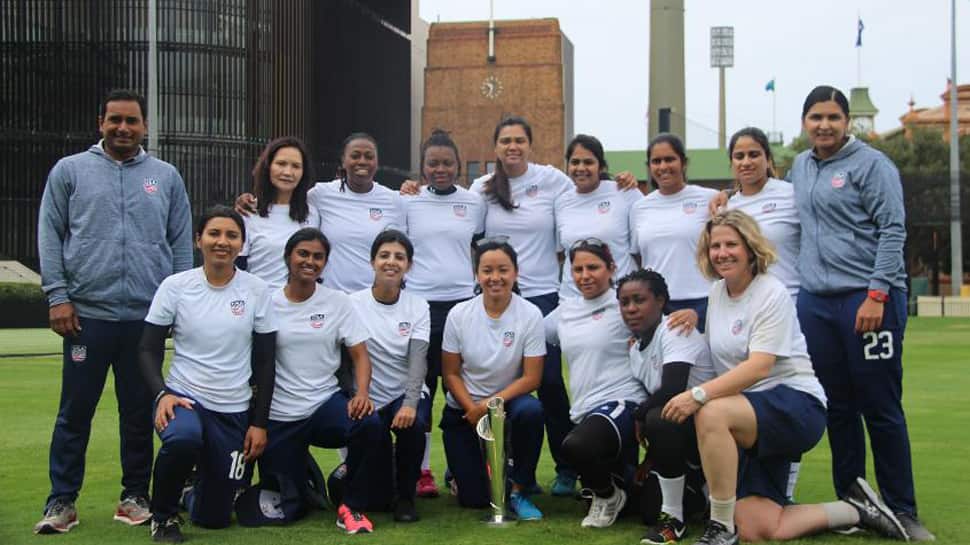 The United States of America produced three impressive performances to sweep Canada at the ICC Women’s Qualifier Americas 2019 and continue on the road to the upcoming ICC Women’s World Cups.

That is a mere one step away from both World Cups and the USA’s qualification rarely looked in doubt from the off.

The first clash saw the Americans hold their visitors to just 66 for six from their 20 overs as opening bowler Lisa Ramjit’s exquisite four-over spell saw her take two wickets for the concession of just five runs.

And openers Erica Rendler (47 not out) and Sugetha Chandhrasekar (15 not out) wasted little time in knocking off the modest total – as they recorded a ten-wicket win with ten overs to spare.

The second game saw the Americans bat first and post 113 for six as Sindhu Sriharsha (38) and Chandhrasekar (32) led the way before Uzma Iftikhar (4-19) helped skittle Canada for 76 in response – a 37-run triumph.

That ensured USA had already guaranteed qualification heading into the final fixture but they ended on a high by scoring 116 for six – skipper Sriharsha bludgeoning an unbeaten 42 – and restricting the Canadians to 81 for six in reply thanks largely to Ramjit’s figures of 3-11, which sealed a 35-run win.

Reflecting on the victory, USA captain Sindhu Sriharsha said, “It’s amazing! Going to a global qualifier after eight years is a huge win for USA cricket. We are excited go out there and compete.

“We really came together and united as a team. Being undefeated the entire week speaks volumes about the commitment from the team and management backing us through this journey.

“We came prepared and believed in our processes. It’s rewarding when we see results for hard work. This gives us more opportunities. We now have two years of cricket to look forward to – we have a good pool of youngsters coming in, so this is a great beginning.”

United States can now turn their attention to the ICC Women’s T20 World Cup Qualifier taking place in Scotland between August 31 and September 7, 2019 – where they will join Bangladesh, Ireland, Papua New Guinea, Scotland, Thailand and Zimbabwe in the latest stop on the road to Australia.

The final position in the ICC Women’s World T20 Cup Qualifier will be decided in the Europe Qualifier taking place between June 24 and June 30 in Spain.

USA will also be eyeing a spot in the 50-over World Cup in New Zealand at the ICC Women’s Cricket World Cup Qualifier 2020, alongside confirmed teams Bangladesh, Ireland, Papua New Guinea, Thailand and Zimbabwe. Further information can be found here.

Both countries at the Women’s Qualifier Americas 2019 were also competing to climb the ICC Women’s T20I Team Rankings.