Indian skipper Virat Kohli received a flurry of birthday wishes on Twitter when he turned 31 on November 5. But what set social media ablaze was the response of the captain to fellow batsman Suresh Raina's greetings. 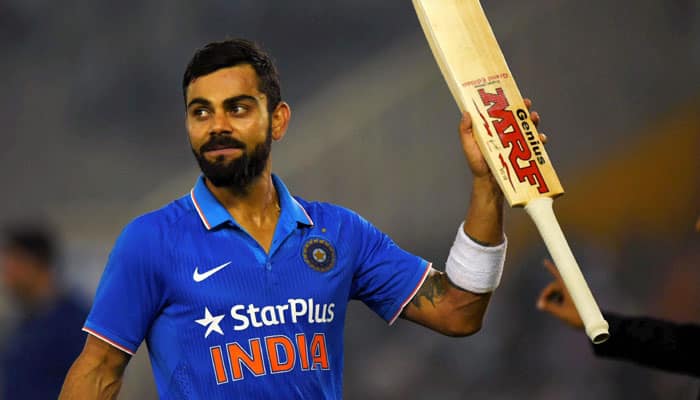 Indian skipper Virat Kohli received a flurry of birthday wishes on Twitter when he turned 31 on November 5. But what set social media ablaze was the response of the captain to fellow batsman Suresh Raina's greetings.

Just like other members of the cricket fraternity, out-of-favour batsman Raina too took to his official Twitter handle to extend his warm birthday greetings to the Indian talisman.

Sharing an old picture of him and Kohli where two can be seen hugging each other in Indian jersey, Raina wished for more power and glory to the star batsman.

While responding to Raina's greeting, Kohli intrestingly termed the former as "Bhavesh".

“Thanks Bhavesh," Kohli tweeted in reply.

Soon after Kohli's response, the fans started flooding Twitter with some hilarious tweets.

While some connected the Indian skipper's reply to head coach Ravi Shastri, other predicted that it was a mistake from Kohli or he calls the Raina by that name.

Here are a few of the hilarious replies to Virat Kohli’s tweet:

One more year with Ravi Shastri, Virat will forget his own name. pic.twitter.com/yArWFkU4pn

Virat to Shastri: Why did you reply to Suresh from my account? pic.twitter.com/ThNrImnZQu

Kohli is currently on a short break and has been spending some quality time with his actress wife Anushka Sharma in Bhutan. India, on the other hand, are currently playing a three-match T20I series against Bangladesh under the leadership of opener Rohit Sharma.