Taking to Twitter, RCB said, "For every 6, 4 we hit and wicket we take today, our Title Sponsor be donating towards Give India's frontline efforts." 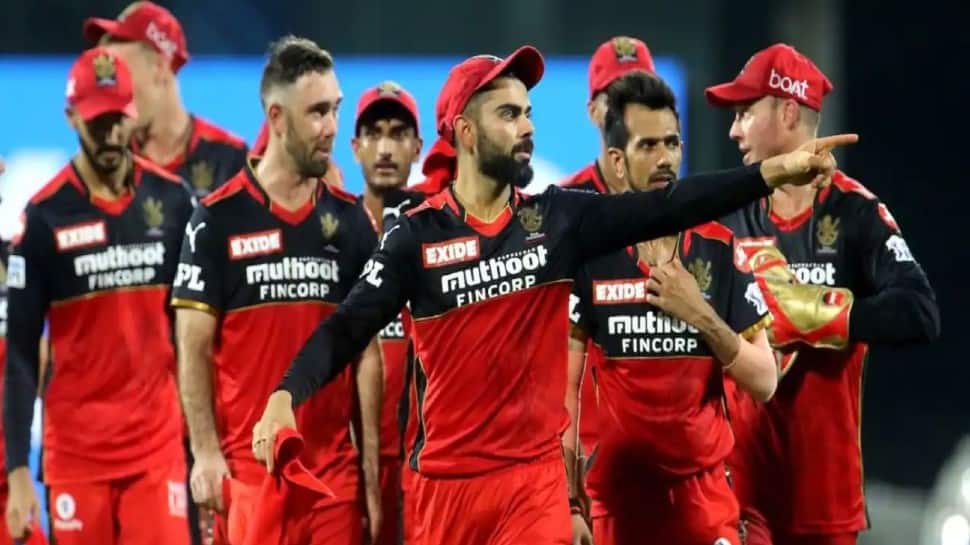 Royal Challengers Bangalore has announced that for every boundary that the players hit and for every wicket they take against Kolkata Knight Riders in their IPL 2021 encounter on Monday (September 20), their title sponsors will be donating to help frontline warriors.

Taking to Twitter, RCB wrote: "For every 6, 4 we hit and wicket we take today, our Title Sponsor be donating towards Give India's frontline efforts. #CheerWithMuthootBlue for RCB @MuthootIndia #MuthootFinCorp #MuthootBlue #RCB #IPL #PlayBold #1Team1Fight."

For every 6, 4 we hit & wicket we take today, our Title Sponsor be donating towards Give India's frontline efforts.#CheerWithMuthootBlue for RCB@MuthootIndia #MuthootFinCorp #MuthootBlue #RCB #IPL #PlayBold #1Team1Fight

Earlier, Virat Kohli on Sunday announced that he will step down as the captain of Royal Challengers Bangalore after the completion of the 2021 edition of the IPL.

Kohli, one of the most decorated players of the franchise, will continue to be part of the RCB squad. "It has been a great and inspiring journey, captaining a talented bunch of players in the RCB squad. I would like to take this opportunity to thank the RCB management, coaches, support staff, players, and the entire RCB family, who have been instrumental in the growth of the franchise over the years. It wasn't an easy decision but one that has been well thought of and in the best interest of this wonderful franchise," he said in an official statement.

"The RCB family remains close to my heart as we continue to strive to achieve excellence. As I have mentioned previously in many occasions, I will only play for RCB until my retirement from the game of cricket."

Virat Kohli to step down from RCB captaincy after #IPL2021

“This will be my last IPL as captain of RCB. I’ll continue to be an RCB player till I play my last IPL game. I thank all the RCB fans for believing in me and supporting me.”: Virat Kohli#PlayBold #WeAreChallengers pic.twitter.com/QSIdCT8QQM

Prathmesh Mishra, Chairman, RCB said, "Virat Kohli is one of the finest cricketers, and has been a true asset to RCB. His impeccable work ethics and leadership skills has been phenomenal. We respect and support this decision and would like to thank Virat for his incredible contribution to the RCB leadership group. He has left an indelible mark on the franchise and will continue to be a senior member of the team."