An irate India captain Virat Kohli on Wednesday lost his cool and snapped at the scribes in a fiery media session after the series defeat against South Africa, his first reverse as full-time skipper. 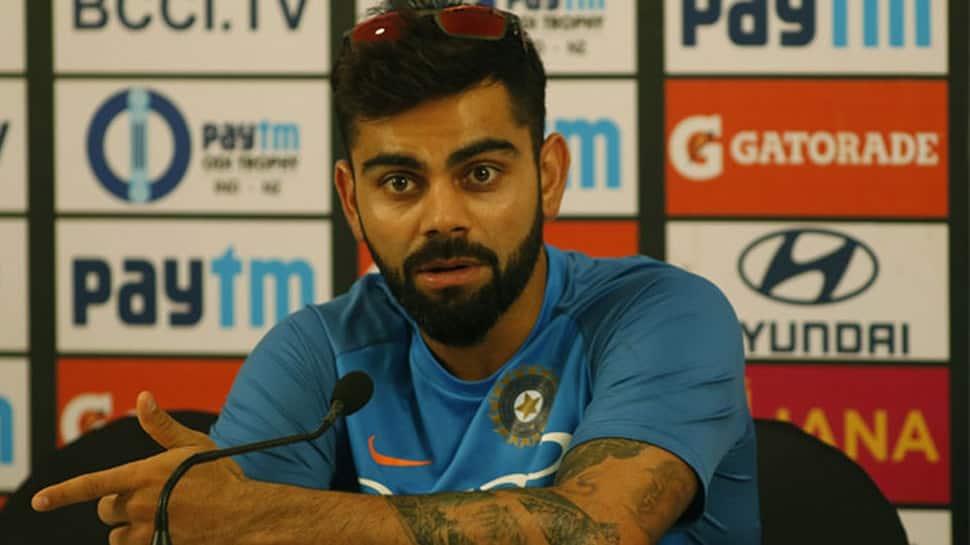 Centurion: An irate India captain Virat Kohli on Wednesday lost his cool and snapped at the scribes in a fiery media session after the series defeat against South Africa, his first reverse as full-time skipper.

When asked by the mediapersons about fielding the best possible playing XI and his team's overseas record, Kohli was at his combative best.

"What is the best 11?" snapped Kohli when asked if India played the best combination in "sub-continent" conditions at Centurion.

"If we had won this, was this the best 11? We don't decide the 11 according to results. You are telling me that you could have played the best 11. You tell me the best 11 and we will play that," the skipper went on.

India played Rohit Sharma over Ajinkya Rahane in the two games and there were other surprising selection calls as well.

Indian captain Virat Kohli is angry after defeat in Centurion..Fighting with South African Jouno says I am here to answer not to fight.#SAvIND #Centurion #Kohli #FreedomSeries #India #BBC #SouthAfrica pic.twitter.com/KzTdRa8MFf

Kohli said he backs the XI that is picked to do the job.

"I am saying the loss obviously hurts but you make one decision and you got to back it. We don't sit here and say if you will fail in one game, you are not good enough to be at this level. Didn't we lose in India when we had the best 11 there?

"Whoever is picked should be good enough to do the job for the team. That is why we have got such a big squad. They are good enough to be at this level but you need to do that collectively as a team. You can't pinpoint and say which is the best 11. We have played with teams in the past which have looked really strong and lost."

Kohli was next asked about the trend of fielding different teams in all the Test matches under him and whether the team was losing because of too much chopping and changing.

India are ranked number one but post the loss, does Kohli believe they still are the best?

"Look, we have to believe that we are the best side. Even when we came here, if you don't have the belief that you can win the series here, there is no point coming here.

"We have not come here just to participate. And answering your question, how many times did South Africa come into the game in India?" he added.

Faf Du Plessis rates Centurion as 'one of the harder Tests'