Fans were quick to react to Kohli’s cheap dismissal against KKR as they took to Twitter to brutally troll the RCB skipper. 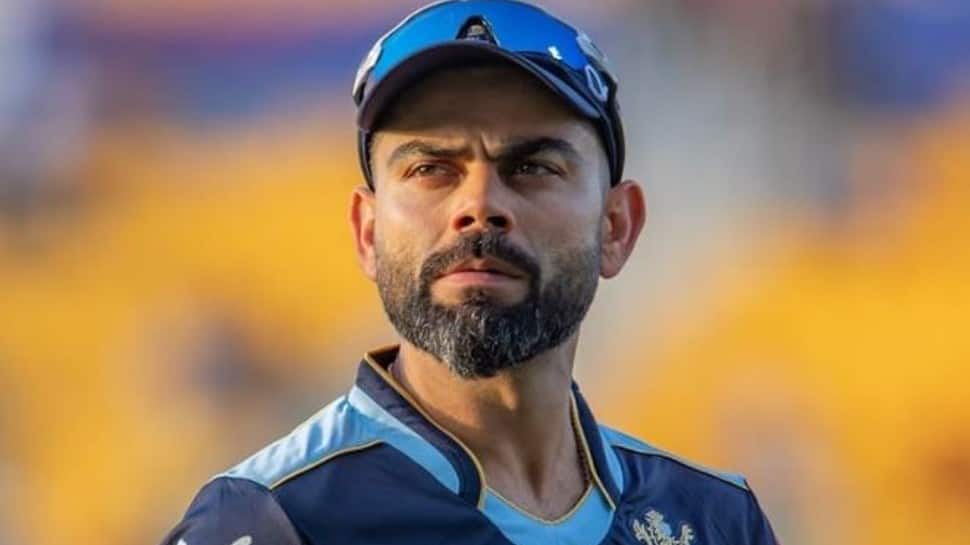 Royal Challengers Bangalore captain Virat Kohli started off phase 2 of IPL 2021 on a horrible note as he was dismissed cheaply against Kolkata Knight Riders on Monday (September 20) at Sheikh Zayed Stadium in Abu Dhabi.

After opting to bat first, Kohli fell prey to pacer Prasidh Krishna in just the second over of the match as he departed after scoring only five runs. The 32-year-old was trapped in the front of the stumps and review didn’t help either. The delivery shaped back into the right-hander and caught him in the crease, he ended up playing down the wrong line.

Notably, it was Kohli’s 200th IPL game but he failed to make it worth remembering.

Meanwhile, fans were quick to react to Kohli’s cheap dismissal as they took to Twitter to brutally troll the RCB skipper.

Check out some of the reactions:

Everything Kohli's touching is turning to dust. Every toss he wins , he loses the match. #RCB is anyway done and dusted under his watch. I'm seriously worried about India's chances in the world T20 #RCBvKKR #KKRvRCB

As an honest @RCBTweets supporter from 1947 I am ashamed at this performance by my team.we all believed in the leadership skills of @imVkohli but now is the timewe the supporters request you to give up captaincy immediately #EeSalaCupNamde #KKRvRCB pic.twitter.com/gPogGCUSAp

Kohli got out after scoring 5 runs

Talking about the match, Varun Chakravarthy and Andre Russell combined forces to send Royal Challengers Bangalore crashing to 92 all out in 19 overs in the second match of the UAE leg of IPL 2021 in Abu Dhabi. Kolkata were water-tight with their bowling, hardly giving a lacklustre Bangalore batting order, struggling to come to terms with a two-paced pitch, some breathing space. It is Bangalore's sixth lowest total in the history of IPL.

After electing to bat first, Bangalore started off with captain Virat Kohli unleashing a lovely punch on the up through covers off Prasidh Krishna. But Krishna fought back on the next ball, trapping Kohli lbw with a delivery which nipped back in and hit him above the knee roll. Kohli (5) took the DRS but couldn't turn the decision in his favour.

Devdutt Padikkal (22) looked in sublime touch with well-timed boundaries. But Lockie Ferguson sent back him back on the last ball of power-play, taking a thin edge behind to keeper Dinesh Karthik while playing the ramp shot.

Debutant KS Bharat (16) tried to break the shackles with a back-foot pull off Andre Russell in the ninth over. But with no timing on the shot, the top-edge was grabbed by Shubman Gill running in from deep mid-wicket.

Bangalore's day went from bad to worse as three balls later, Russell took out AB de Villiers for a golden duck with a quick yorker on leg-stump clipping his back foot and hitting the stumps. The double-wicket over by Russell broke the back of Bangalore's innings.

Glenn Maxwell's frustrating 17-ball stay at the crease ended with him coming out for the big shot, only to be clean bowled by Varun Chakravarthy. One brought two for Kolkata as Chakravarthy's googly claimed Wanindu Hasaranga lbw for a golden duck on the next ball.

Chakravarthy added another wicket to his name with Sachin Baby (7) slicing to backward point. The leg-spinner's day got better when he got his finger on the ball while trying to stop and ran out Kyle Jamieson from the non-striker's end. Ferguson got his second wicket of the day with a slower yorker dismantling Harshal Patel's bails.

Mohammed Siraj's attempt to get cheeky with a scoop ended in fine leg's hands, summing up Bangalore's innings, devoid of momentum and direction.