Watch: India coach Ravi Shastri looks back at his Test debut in New Zealand 39 years ago

In an interview with Cheteshwar Pujara for BCCI.tv just a day ahead of the first Test between India and New Zealand at Basin Reserve in Wellington, Ravi Shastri remembered that he made his debut at the same ground 39 years ago. 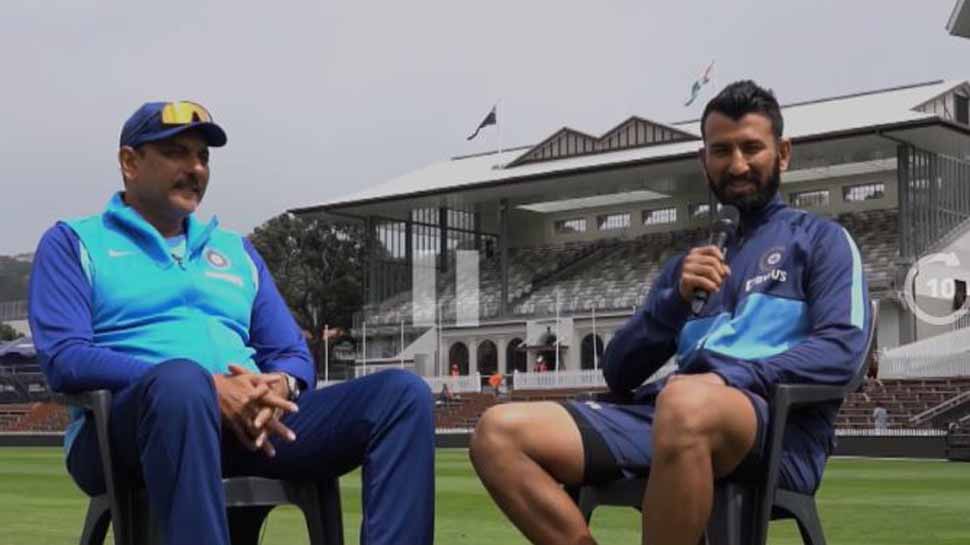 New Zealand will always remain a special place for India’s current head coach Ravi Shastri as it was in New Zealand's Wellington where Shastri made his Test debut 39 years ago. In an interview with Cheteshwar Pujara for BCCI.tv just a day ahead of the first Test between India and New Zealand at Basin Reserve in Wellington, Shastri said, “Same venue, same opposition and I went into the dressing room and it is still the same at Basin Reserve. I made my debut here and I wouldn’t have believed that I will be back here to the day, 39 years after that first Test. That too in India colours, in the Indian dressing room.”

In the interview, Shastri talks about making his debut the morning after landing in New Zealand and claiming six wickets in his first Test in conditions that were alien to him at that time. It may be recalled that Shastri played as a specialist bowler in his debut Test and had figures of 28-9-54-3 and 3-0-9-3 in the two innings while he batted at No 10 in the lineup.

EXCLUSIVE: Ravi Shastri Takes Us Down Memory Lane @cheteshwar1 chats with Head Coach @RaviShastriOfc on his Test career journey which started in Wellington – by @RajalArora

Here is the interview in detail:

Cheteswar Pujara (CP): How does it fell to back here after 39 years?

Ravi Shastri (RS): It's been a great journey to come back after 39 years and that too in India colours in an Indian dressing room. I will never forget that. The late Bapu Nadkarni came to fetch me at the airport and the Indian team was at the New Zealand High Commission for an official function. I went straight to the hotel and my room partner was not there, so i just crashed out. Next morning, Sunny (Sunil Gavaskar) lost the toss and we were asked to field first.

CP: How was the feeling to get six wickets in your debut game?

RS: I think i was nervous because it was my debut game. I bowled well on Day 1 and got one wicket, which boosted my confidence. It was a very, very cold day and thanks to the sweater given to me by Polly Umrigar, I managed to keep myself warm in the chilly conditions at Wellington.

CP: Who were the cricketers at that time whom you looked up to and who guided you through your debut game?

RS: Infact when i walked out of the dressing room, i saw Sir Richard Hadlee and then i saw Cairns, then i saw Jeff Howarth, then i saw John Wright. These were names you just listened to on the radio. Even in my own team, there were many whom i had never met. Gundappa Vishwanath was my childhood hero so it was great to play in a series with him. Sunny, Kapil, of course, were my heroes. A lot of these players i met for the first time.

CP: How does it feel to coach this Indian team who is doing really well? What is your experience till now?

RS: Thanks to you guys I am with a great team. I have watched cricket in the last 39 years and when you look back i will rate this team as any good as the team which has played for India. The consistency of this team across all formats. The way they play the game, the way they had travelled in the last two hours, not just with white-ball cricket but red-ball cricket as well is a testimony that this team is special.