Skipper Virat Kohli and veteran wicket-keeper batsman MS Dhoni led the celebrations, rolling around the ground on a hoverboard. 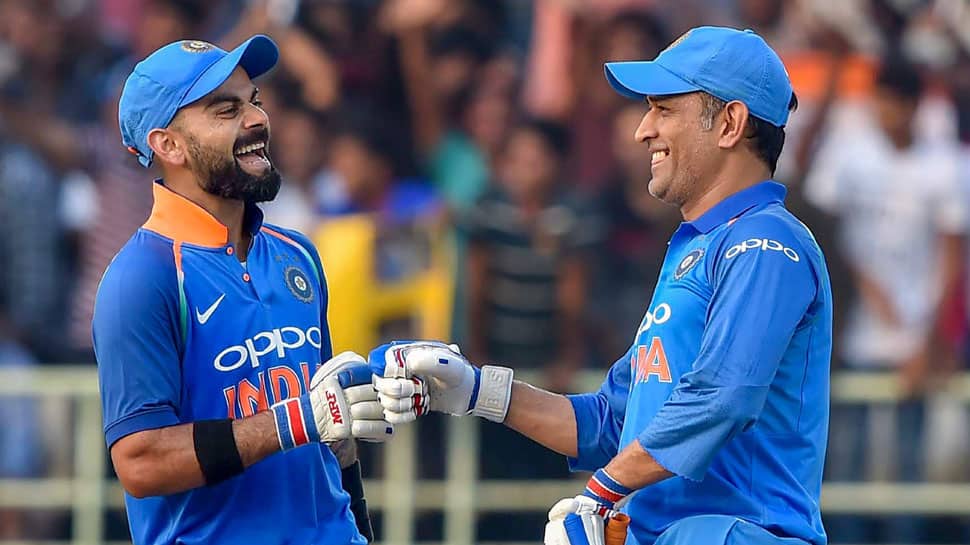 The Indian team recorded victory by a margin of eight wickets in the opening ODI (One-Day International) of the five match series against New Zealand at the McLean Park, Napier.

The visitors restricted New Zealand to a total of 157, after the latter opted to bat first having won the toss. Left-arm spinner Kuldeep Yadav and fast bowler Mohammed Shami played a key role in this regard, picking four and three wickets respectively.

Opener Shikhar Dhawan and skipper Virat Kohli further ensured a comfortable chase for the visitors, with the target revised to 156 runs off 49 overs following an unexpected delay by half-an hour, due to vision hampered by the setting sun.

Dhawan was the top-scorer having scored 75 runs in 103 deliveries, with Kohli providing valuable support at the other end, accumulating 45 runs off 59 deliveries.

Skipper Virat Kohli and veteran wicket-keeper batsman MS Dhoni led the celebrations, roaming around the ground on a hoverboard.

In a video uploaded by the BCCI, both the players can be seen entertaining themselves on the hoverboard, with Kohli the more enthusiastic of the two. While Dhoni simply seemed amused by the device, Kohli beaming with happiness entertained his teammates with some dance moves.

The second ODI between India and New Zealand will be played at the Bay Oval, Mount Maunganui on January 26.